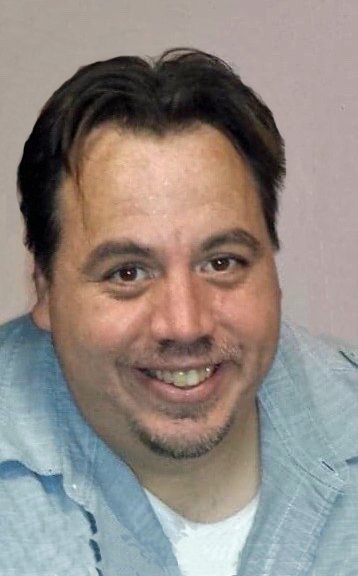 The above LINK will bring you to our facebook page (sign-in is not required). The service will be available for viewing at approximately 10am, Monday, June 8th.

Jon Peter Glynn passed away unexpectedly on Monday, June 1, 2020.  He was 45 years old.  Jon was born in Methuen and grew up in South Lawrence.  He was a graduate of Lawrence High School. Growing up he loved being active.  He was a boxer, played hockey, took sailing lessons, loved camping, and playing all sorts of sports and games with his friends.  Jon had a warm and welcoming personality and could always make you laugh with his jokes and pranks.  That youthful spirit continued with him his entire life.  Jon had worked in several fields before finding his passion.  He worked as a Sous Chef at the Boston Harbor Hotel.  He then worked at Fresenius Medical Care in Waltham, and finally as a computer technician for CBRE on Arch Street in Boston.  Once Jon knew his passion for computers, he earned his Bachelor’s Degree in Computer Science at the University of Massachusetts Lowell and was currently working on his Master’s Degree in Cyber Security.

Jon had a great devotion to his family.  He spent a lot of time in the kitchen with his mother learning how to cook.  He got so good; that he was cooking for her and the family on holidays and family gatherings.  His Shrimp Scampi was always a family favorite.  After his father passed away in 2014, he moved in with his mother so she would not be alone.  He shared many memorable family vacations in York Beach, Sebago Lake, and in recent years in Clearwater, Florida, where his Mom spends winters.  He was a supportive and caring brother and a fun and entertaining uncle and great uncle.

Jon was the devoted son of Josephine “Joanne” (Dirienzo) Glynn of Methuen and the late William Glynn.  He was the loving brother of Kristine Glynn of Boston, Carolyn Carleton & her husband Paul of Northborough and Jim Glynn of East Boston.  He was the proud uncle of Nicholas Glynn, Christopher Carleton, and Kailey Carleton.  He was the great uncle of Landen Carleton.  Jon was the nephew of Dominic Dirienzo & his late wife Joan of Londonderry, NH, Sonny Dirienzo of Burlington, Sheila & Richard Badolato of Danvers, and Pat & Dave Brown of Dracut.  Jon was also survived by many cousins and friends.

A funeral mass will be celebrated on Monday, June 8 at 10 AM at Saint Francis of Assisi Church, Dracut.  Due to space limitations, the service will be by invitation only.  You are welcome to watch a live stream of the Mass by going to the Edward V. Sullivan Funeral Home Website at 10 AM.  In lieu of flowers memorials in Jon’s name may be made to the American Cancer Society, 3 Speen St., Framingham, MA 01701 or www.cancer.org. For directions, online guest book, live stream of mass, and video tribute see www.saintfrancis.net or www.sullivanfuneralhome.net

Share Your Memory of
Jon
Upload Your Memory View All Memories
Be the first to upload a memory!