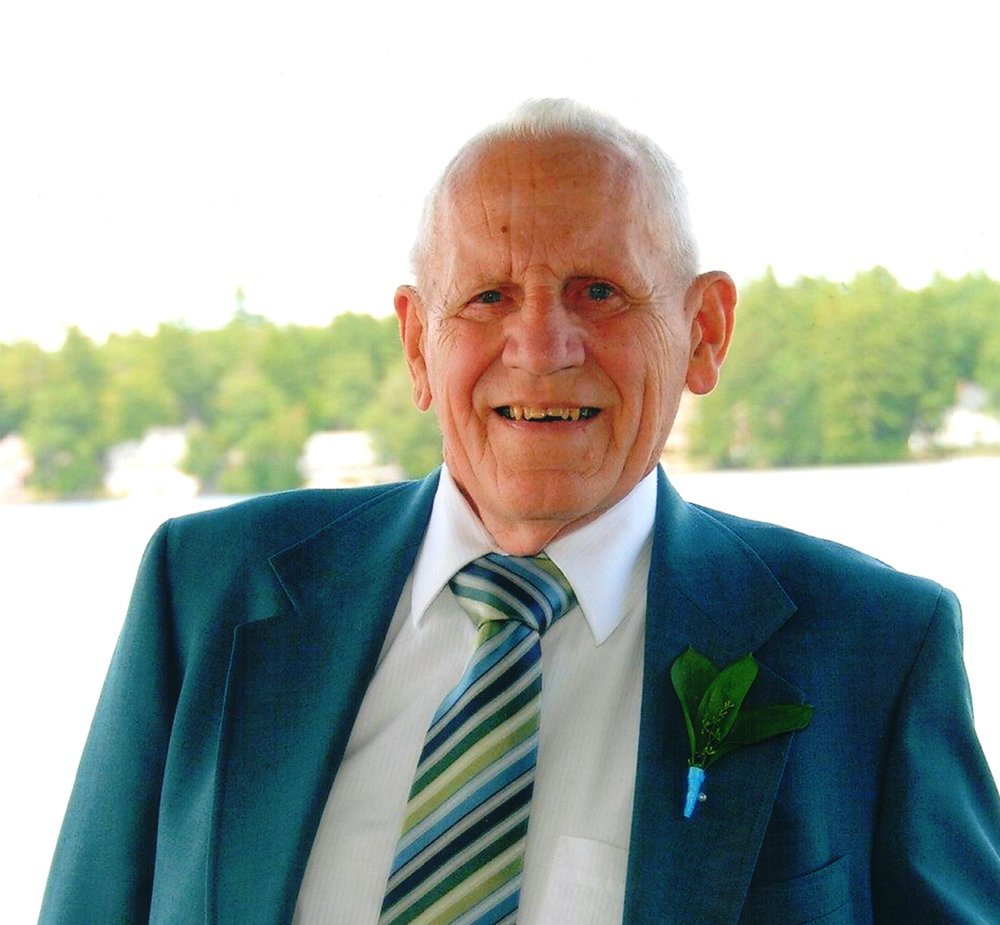 Important Update from the Crimble Family:

In order to provide for the safety and well-being of family and guests during this current COVID time, we as a family have sadly decided to limit the attendance at George Crimble’s Memorial Service to family only.

The Memorial Service will still be live-streamed through The Church of the Open Bible’s FaceBook page and YouTube Channel on Thursday, July 9 at 7:00pm.

As a family we have been encouraged by those who had planned on attending the service in person. Thank you all for your expressions of love and support during this time.

George William Crimble passed away at Huggins Hospital in Wolfeboro, NH on Saturday, June 27. The beloved husband of the late Phyllis (Piper) Crimble, who passed away in 2006, he was 95 years old.

George was born in Lynn on July 28, 1924 and was the son of the late Richard George and Mabel Johns Crimble. He graduated from Lynn Classical High School in 1942. He was a veteran of World War II serving his country in the United States Army Air Force. He came ashore on Normandy Beach four days after the D-Day Invasion. After being discharged from the Army, George resumed working at and later bought the Universal Chemical Company in Lynn where he manufactured plant and grass fertilizers for over 50 years.

George attended the Advent Christian Church in Lynn where he met his wife, Phyllis. They were married on September 24,1949 for 57 wonderful years. George was a man of integrity with a deep faith in God and devoted his life to serving his family and the Lord. His trust in the Lord Jesus Christ guided him in every decision of life.

George enjoyed spending every summer at his family cottage in Alton Bay, New Hampshire on Lake Winnipesaukee.  He treasured the many special times and memories he shared with his wife, children, grandchildren and great-grandchildren at “camp.” George enjoyed playing softball in his younger years, gardening (especially his tomatoes), and engineering and building projects of all types. In 1972 George led his family to begin attending The Church of the Open Bible in Burlington. He became an active member serving in many ministries over many years. After 94 years of living in Lynn, he moved to live with his daughter and son-in-law in Derry, NH and began attending Heritage Baptist Church in Windham, NH.

George was the beloved husband of the late Phyllis (Piper) Crimble. He was the loving and supportive father of G. Richard Crimble & his wife Susan of Salem, Marcia Callahan & her husband Richard of Billerica, Carol Anderson & her husband Gary of Bow, NH, and Karen Webster & her husband Wayne of Derry, NH. He was the caring grandfather to his 14 grandchildren, 37 great-grandchildren and one great-great-granddaughter.

A Memorial Service will be held at The Church of the Open Bible, 3 Winn Street, Burlington on Thursday, July 9 at 7:00pm. All are welcome to attend. The COVID-19 Mandatory Safety Standards provided by Massachusetts will be followed during the service which includes social distancing and the wearing of face masks. The graveside service will be a private family time. In lieu of flowers memorials in George’s name may be made to Heritage Baptist Church Building Fund, 108 Rockingham Road, Windham, NH 03087