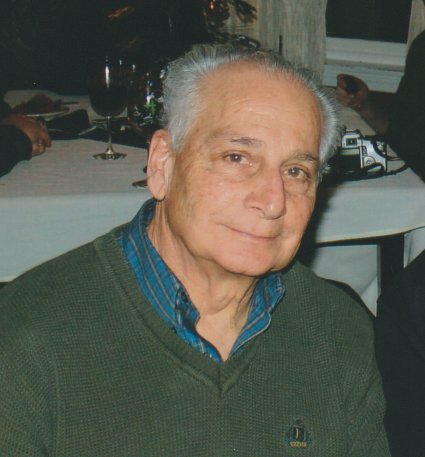 Anthony “Tony” Catalano, a hardworking man, who loved his family passed away at his home after a long illness on Thursday morning, July 9, 2020.  He was 80 years old.  Anthony was one of 13 children born to Fortunato and Marie Catalano.  He was born on the family farm in Lexington.  From an early age, he watched his parents run the farm and manage a large household. He and his siblings had to do chores before and after school which showed him that working hard was a normal way of life.  Anthony graduated from Lexington High School where he and his brothers were exceptional football players.  After high school, he decided that farming was not in his future, so he went to Coyne Electrical School, and then went to work for W.B. Stockwood Company in Winchester and Woburn as an electrician.  He worked for the company for 50 years and retired at the age of 70.  Throughout his working years, he also had his side electrical jobs for family, friends, and associates that he performed on weeknights and on Saturdays.   Tony also served this country through the National Guard and was part of the 101st Engineer Battalion.

Anthony was a man who could not sit idle.  He needed to and loved keeping busy.  He spent endless hours tending to his home and his yard.  His lawn was always well manicured. He always had a vegetable garden and loved using the skills he learned as a child on the farm.  He was the neighbor who was always out during a snowstorm with his snowblower keeping his driveway clear.  Many thought he must have had a heated driveway, because within hours after the storm, his driveway was bare pavement.  He was meticulous when it came to maintaining his cars.  He believed handwashing cars was far superior to car washes.  Occasionally, when his children visited, he would disappear for a spell so he could wash their cars.  It was his way of showing his love.  He and his son, Rob, enjoyed restoring vintage tractors in their garage.  He took some cruises to Bermuda and road trips around New England and Canada, but much preferred being home with his family.  Anthony will remember as a wonderful provider for his family, a hardworking man, and someone who took pride in everything he did.

Anthony was the beloved husband of 50 years of Maria (Perella) Catalano.  He was the loving father of Gina Piandes & her husband George of Chelmsford and Rob Catalano of Billerica.  He was the brother of James Catalano of Lexington, Robert Catalano of Lexington, Josephine Fogarty of Westborough, Anne Mueller of Woburn. He was predeceased by many brothers and sisters.  A Visitation will be held at the Edward V. Sullivan Funeral Home, 43 Winn Street, Burlington on Sunday night from 5:30 to 7:30 p.m  The evening will conclude with a Funeral Service at the funeral home at 7:30 p.m.  Relatives and friends a re respectfully invited.  The interment will be private. Memorials in Anthony’s name may be made to the Cam Neeley Foundation, 30 Winter Pl, Boston, MA 02108 or www.camneelyfoundation.org

Share Your Memory of
Anthony
Upload Your Memory View All Memories
Be the first to upload a memory!