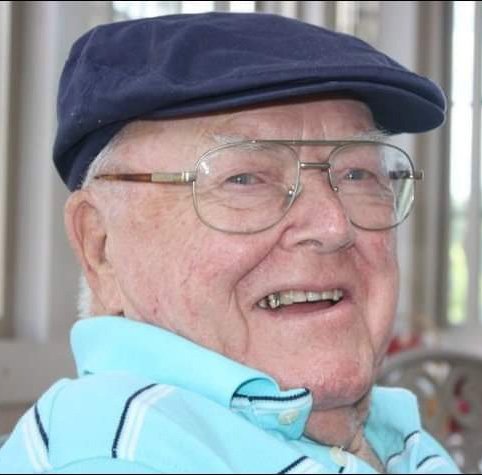 Joseph Anthony McGarry of Haverhill, formerly of Nashua, NH, Burlington & Arlington, Wednesday, July 15, 2020.  Joe was a loving husband, father, grandfather, brother and uncle passed away at the age of 93. He was born July 30, 1926 in Roxbury, Massachusetts the son of Irish immigrants; the late Anthony and Catherine (Murphy) McGarry. He grew up in Arlington Massachusetts, attended St. Agnes School and graduated from Arlington High School after serving in the Coast Guard during the war.  He married the love of his life, Jean Marilyn Faulkner on June 03, 1951 in St. Agnes Church in Arlington. In addition to Jean, who passed away in May 1999, he is predeceased by his sister Mae Barnard, and brother Bill McGarry .

Joe, as he was known by most over the years, was no stranger to hard work, from hawking the Sunday newspapers, to running his own gas station for a bit. He kept busy for sure, despite spending his fair share of time on the road as a truck driver for 30 years at Atlantic Roofing in Arlington. His hard work however, never interfered with his social life.

Whether Joe and his sidekick Jean were at your get together or hosting their own, you could always tell that being with others was important to him and when he was happiest. And it wasn't just the adults he kept entertained either, kids adored him. He always had a way to make every one of his sons, daughters, grandkids, nieces and nephews feel special, each being dubbed his "favorite".

Joe was the beloved husband to the late Jean (Faulkner) McGarry, He was the loving father to Stephen and his wife Stacy of Sarasota, FL, Lucky and his wife Carol Whitney of Arlington, John and his wife Rosangela of Nashua, NH, Daryl and her husband Jack McMenimon of Tyngsboro, MA, Richard and his wife Janice of Tyngsboro, MA, Debra of Haverhill, MA and Denise Hanscom and her late husband Kevin of Washington, NH. He was brother to the late Mae Barnard and the late William McGarry. He was known as Papieto, Baba, Grampa Joe or Papa Joe to his 12 grandchildren; Tricia Utley and her husband John, Sean McGarry and his wife Katie, Trafton Hanscom, Marissa Stanvick and her husband Steve, Tyler McGarry, Devon McGarry and his wife Shelby, Rebecca McGarry, Duncan McGarry, Brady McGarry, Christopher McMenimon, Kerrianne McMenimon and Brian McGarry. He was great grandfather to Hunter McGarry, James Pawlaczyk Jr., William Stanvick and was blessed to have recently met his 4th, Violet McGarry and 5th, Alexis McGarry.

It deeply saddens us that we cannot include all his loving friends and family in his farewell as the Funeral and Burial services will be private. However, we do look forward to a celebration of his life with everyone in the spring of 2021.

In lieu of flowers, donations may be made to a charity near and dear to his heart, the Neurofibromatosis Northeast chapter, https://nfnortheast.org/donate-to-nf/.

Share Your Memory of
Joe
Upload Your Memory View All Memories
Be the first to upload a memory!