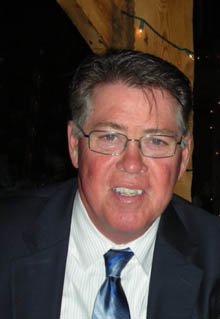 Click on this LINK to view Funeral Thursday, July 30 at 10 AM

Richard G. Langan, beloved husband of the late Linda,  passed away at his home in Burlington, with his family by his side on Sunday afternoon, July 26, 2020.  He was 70 years old.

Richard was born in Cambridge. He was the son of the late David and Agnes Langan.  Richard was raised in Watertown and graduated from Watertown High School in 1967.  After high school, he served his country in the Air Force during the Vietnam Era.   Richard went on to have a career in Law Enforcement.  He worked as a Police Officer for the Registry of Motor Vehicles and eventually transferred to serve as a Police Officer in his hometown of Burlington, where he worked until his retirement.

Richard and his wife Linda married on August 15, 1971. They settled in Burlington where they would raise their two children Jamie and Eric.  Richard retired at a young age, which afforded him the opportunity to spend time on the things he loved: family, coaching, and golfing.  As a coach involved in youth and high school sports, his positive impact on his players and the friendships he forged are incredibly meaningful to all who he met.  Richard had a passion for golf.  He enjoyed his Colonial Golf League/trips, his playing partners Terry Morgan, Leo Majeski, and Ken Pondelli. He especially cherished his rounds betting for sub sandwiches with Tom “W” Lane.

Richard’s five grandchildren were the center of his life.  He never missed any of the activities or sporting events, and he was their biggest cheerleader.  Nothing made him happier than spending time with Riley, Aidan, Luke, Zachary, and Bonnie. They brought him immense pride and joy.

Richard will be remembered for his outgoing personality, his infectious laughter, and his desire to live his life to the fullest.

Richard was the beloved husband of the late Linda. He was the loving father of Jamie McHugh & her husband Owen of Burlington, and Eric Langan & his wife Sharon of Andover.  Richard was the proud Grampy of Riley & Aidan McHugh and Luke, Zachary & Bonnie Langan.  Brother of William and his wife Donna of Harwich, and Patrick and LuAnn of Watertown. Longtime companion of Patti Tegan of Burlington.  Richard is also survived by nieces, nephews, and a large circle of friends.

Visiting hours will be held at the Edward V Sullivan Funeral Home, 43 Winn St., BURLINGTON (Exit 34 off Route 128/95 Woburn side) on Wednesday, July 29 from 4-7 p.m.  Richard’s children, Jamie and Eric, request that everyone attending the wake on Wednesday and funeral on Thursday be dressed in “island or golf attire” to celebrate his zest for life and his passion for golf and travel.

Mass of Christian Burial in St. Margaret’s Church, 111 Winn St., Burlington at 10 a.m.  Burial with military honors will be held in Pine Haven Cemetery immediately following the Mass.   In lieu of flowers, memorials in Richard’s name may be made to NECHV, New England Center and Home for Veterans, NECHV, 17 Court St., #2601, Boston, MA 02108 www.nechv.org