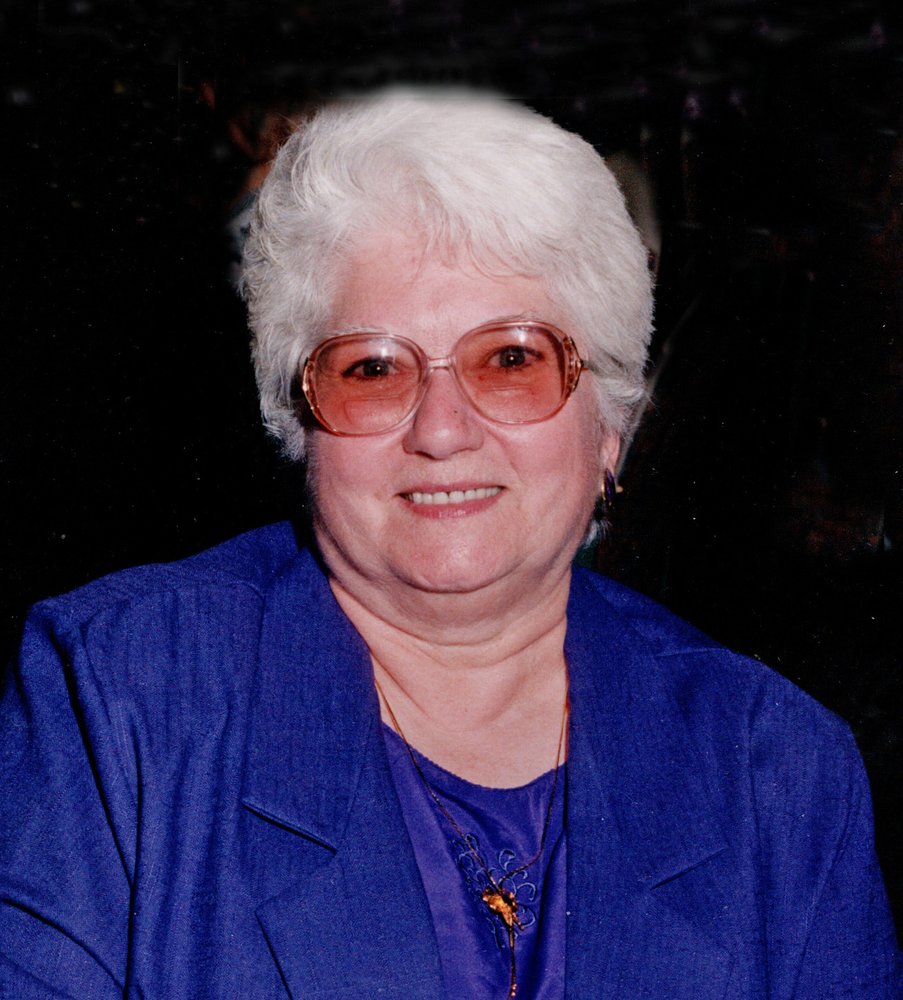 Florence V. Dubbs, passed away at Evergreen Place Assisted Living in Manchester, NH on Sunday afternoon, August 2, 2020. She was the beloved wife of 66 years of the late Lewis Richard “Louie” Dubbs who passed in August of 2014. She was 93 years old.

Florence was born in Somerville.  She was the daughter of the late James and Aldona Campbell.  The family home was busting at the seams with such a large family in a modest home.  It was a home that was always filled with commotion, laughter, and love. She married her sweetheart after he returned from his service in the Army during WW II.  Louie and Flo moved to Somerville in 1951 and then settled in Burlington in 1963 where they would raise their 3 children and make many friendships.  Florence was a fixture in the community and was always noticeable as she wore her signature visor caps around town.  Florence and Louie loved to travel.  There were yearly trips to Pennsylvania and Prince Edward Island to visit family.  They took 22 cruises on Princess Cruise Line with the traditional Caribbean destinations along with cruises in Hawaii twice, Alaska twice, and through the Panama Canal three times.  She was an avid reader and a whiz at word finds. But most of all, Florence was the matriarch and heart of her family.  It gives all her family comfort to know that Florence and Louie are once again reunited in Heaven.

Florence was the beloved wife of the late Lewis Richard “Louie” Dubbs.   She was the loving mother of Louise Ganley & her husband Ron of Hooksett, NH formerly of Burlington, the late Richard & his wife Karen of  Wilmington formerly of Billerica and Donald of Lee, NH.  She was the sister of Elizabeth “Marie” Gillis of Somerville, Barbara “Ruth” Householder of AZ, Jean Foster of Burlington, Joan “Audrey” Brennick of Somerville, David Campbell of FL, the late James Campbell, Linda Fhorl, June Foster, and Margaret Campbell.  She was the proud grandmother of Ron Ganley, Jr., Bruce Ganley, Christina Ferrelli, Kathleen Straffin, Kevin Dubbs & Laura Dubbs and great grandmother of Eric, Sara, James, Jack, and Jacob.

Graveside Services will be held at Chestnut Hill Cemetery, Bedford St., Burlington on Thursday, August 6 at 10 a.m. Visiting hours will be held at the Edward V Sullivan Funeral Home, 43 Winn St., BURLINGTON (Exit 34 off Rt. 128/95 Woburn side) on Wednesday, Aug. 5 from 5 – 7 p.m.  In lieu of flowers memorials in Florence’s name may be made to the National Kidney Foundation, 85 Astor Ave., Suite 2, Norwood, MA 02062.     For directions and online guestbook see www.sullivanfuneralhome.net