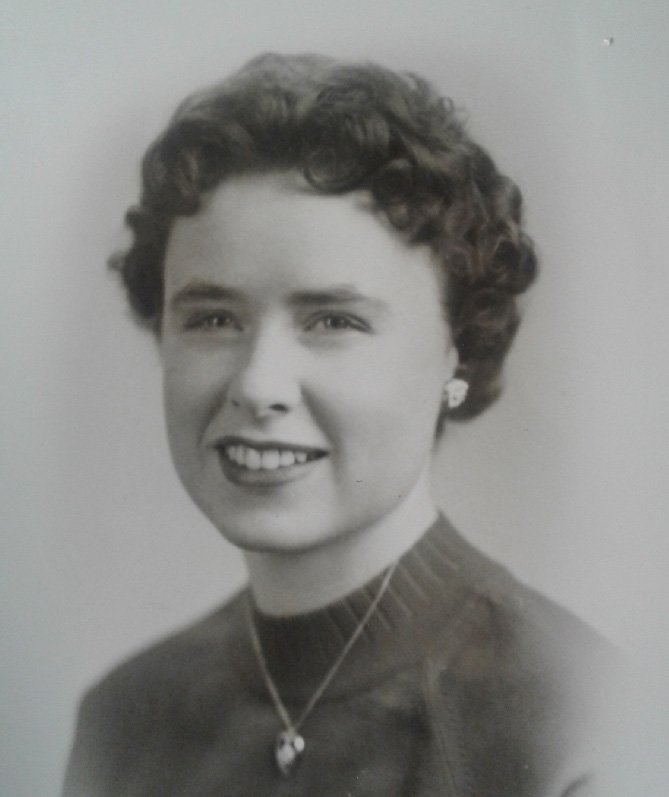 Click on this LINK to view the funeral services.

The above LINK will bring you to our facebook page (log-in is not required). Broadcast of funeral mass will begin at approximately noon on Monday, August 17th.

Joan Byrne (nee Norton) was born in Boston and grew up in West Roxbury. She attended Sophia W. Ripley School for elementary and St. Joseph’s Academy for high school in Roxbury, graduating with the highest academic ranking in her class. She spent nine years working as a secretary for the president of Fulham Brothers before marrying James F. Byrne, Jr. on April 23, 1960.  Her husband Jim died just two

months short of their 50th wedding anniversary. Jim’s work for the FAA took them and their young family from Boston to Beirut, Lebanon, Tokyo, Japan, Los Angeles and finally Sacramento, California. She visited cities and countries around the world, including Rome, Lisbon, Cairo, Hong Kong, Dublin and Moscow. She loved to laugh and her smile and beautiful blue eyes would light up the room. She was the beloved “Grammy Joan” to four grandchildren and one “grand son-in-law” (Kelsey and Ryan Zimmerman, McKenzie, Bridget and Seamus Byrne). She loved the Church and attended weekly Mass and said her Rosary daily.  Her main hobby was spoiling whatever pets she had at the time: dogs, cats, and birds. She is survived by her twin sister Judy Good of Walpole, her brother Jim Norton of West Roxbury, her son Jim Byrne of Sacramento, her son and daughter-in-law Mike and Lisa Byrne of Foothill Ranch, California and her four grandchildren. She is pre-deceased by her husband Jim and two infant children, Julie Marie and Patrick.