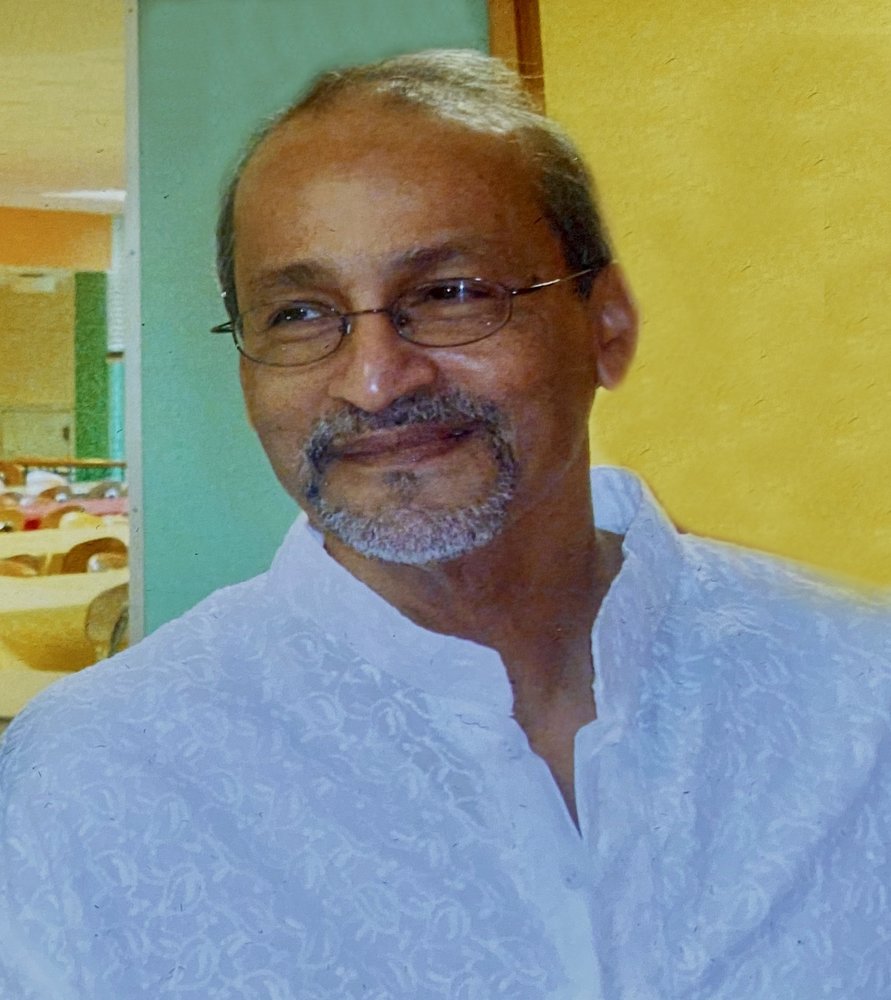 Subrata Narayan Chaudhuri, a retired Civil Structural Engineer, passed away on Friday night, August 7, 2020.  He was 71 years old.  Subrata was one of 11 children born to Lilabati and Parbati Narayan Chaudhuri.  He grew up and was educated in Kolkata, India.  Seeking a better life and more opportunities, he left his home and family in India to come to Canada where he attended McGill University in Montreal.  He then moved to the United States where he finished his Master’s Degree in Engineering at Carnegie Mellon University in Pennsylvania before making his home in Burlington where he lived for the past 42 years. He was a longtime employee of Stone and Webster and the Louis Berger Group, where he worked on numerous bridge and infrastructure projects all over Massachusetts, and the world. One of his major projects included the Second Hooghly Bridge linking the cities of Kolkata and Howrah. He also spent many years working on the the Boston Central Artery Project, “The Big Dig,” helping design roadways, bridges, and green space. He finished his career working for Michael Baker Company in Connecticut.

Subrata was a man who enjoyed time spent with family and friends.  He always made time for others.  He was co-founder of Bengalees of New England and all their charitable activities. Previously, he served as President of Prabasi of New England.  He and his wife, Madhumita, loved traveling all over the world and he always had a camera in his hands to help capture and share their experiences and the sites with his family and friends. Subrata was incredibly proud of his children and their accomplishments.  He was so happy to walk his daughter, Sohini, down the aisle at her wedding in Ireland.  He also had a strong bond with his siblings here in the United States as well as in India.

Subrata was the loving husband of 39 years of Madhumita (Sanyal) Chaudhuri. He was the proud father of Arnab Chaudhuri of Quincy and Sohini Chaudhuri-Ward and her husband David Ward of East Boston.  He was the brother of Syamalendu “Syamal” Chaudhuri and Swati Bhattacherya and 3 other siblings who remain in India.  He was also the special uncle to Shayan Bhattacherya, Ananda Chaudhuri, Anamika Reed, Urmi Chaudhuri, and many other nieces and nephews who live in India.

Friends and family may offer their respects and condolences at the Edward V. Sullivan Funeral Home, 43 Winn Street, Burlington on Tuesday August 11 from 9:30am to 12:30pm.  There will be a private service for family members at Puritan Lawn Memorial Park in Peabody, MA.  In lieu of flowers, memorials in Subrata’s name may be made to Bengalees of New England at www.b-ne.org or the American Diabetes Association at www.diabetes.org.  For directions, online guestbook, and video tribute see www.sullivanfuneralhome.net or www.puritanlawn.com

Share Your Memory of
Subrata
Upload Your Memory View All Memories
Be the first to upload a memory!