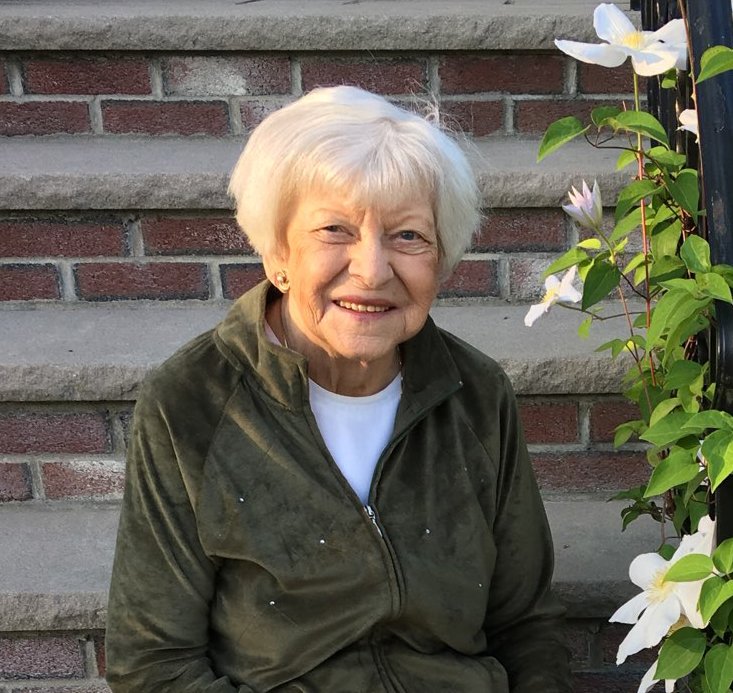 The link above will bring you to our facebook page (sign-in is NOT required), to view the funeral mass at 10 AM on Wednesday, Sept. 16.

Loretta G. (Matulewicz) Terenzoni, retired Secretary at Burlington High School, passed away at Wolfeboro Bay Center on Sunday morning, September 13, 2020.  The beloved wife of the late Edward B. Terenzoni, she was 94 years old.

Loretta was born in Boston.  She was the daughter of the late William and Veronica Matulewicz.  She was raised and educated in Cambridge.  Loretta would marry her husband Edward B. Terenzoni in 1947and move to Burlington in 1957 where they would raise their two children and become active members of the community.  Loretta was a loving and supportive wife.  Their catholic faith was an important part of their lives.  Her husband Ed was active in the Burlington Knights of Columbus and Loretta was always at his side at the many events.

Loretta worked as a Secretary in the Special Education Department at Burlington High School for over 30 years.  She loved her job and her daily interaction with the students and teachers.  With her organizational skills and outgoing personality, it was the perfect job for Loretta.  She retired at the age of 79.

Loretta loved her independence and led a very social life.  She enjoyed traveling with her friends and had visited destinations throughout Europe as well as Hawaii and Bermuda.  During her retirement years Loretta’s day began with Daily Mass at St. Margaret’s. She would then go to exercise at the senior center and end her morning at “Center Dunk”, where she would join her close circle of friends for coffee!   She was also a member of “Club 55” who bowled at the Woburn Bowladrome every Tuesday.  Loretta was still bowling at the age of 90!   Thursday nights were set aside for her a game of cards with her friends who called themselves the “POKER DOTS”.     Simply said – Loretta was a “bundle of energy”.

Loretta was enormously proud of her two children Mary Anne and Mark. She did not hesitate to talk about their accomplishments and the beautiful families they had created to both friends and strangers.    Loretta will be remembered as an energetic and outgoing woman who loved her family, her church, and the community she lived in.

Loretta was the beloved wife of the late Edward B. Terenzoni.  She was the loving mother of Mary Anne Faria & her husband Leonard of Barnstead, NH and Mark Terenzoni & his wife Kathleen of Hollis, NH.    Proud grandmother of Emily, Lauren & Matthew Faria, Nicole Pietrantonio and Ryan, Tyler, Mikayla & Dylan Terenzoni.  Great grandmother of Ella and Avery Pietrantonio.   Sister of Harriet Pirello of Burlington and the late Benjamin Matulewicz.  A Mass of Christian Burial will be held at St. Margaret Church of St. Veronica Parish, 111 Winn St., Burlington on Wednesday, Sept. 16 at 10 a.m.   Relatives & friends respectfully invited to attend. Visiting hours will be private.  The Mass will be live streamed at 10 a.m., linked to Loretta’s obituary on the Sullivan Funeral Home website.      Burial will follow in Pine Haven Cemetery, Burlington.  In lieu of flowers memorial donations in Loretta’s name may be made to St. Margaret’s Church, 111 Winn St., Burlington, MA 01803.   For directions, obituary, memorial video, live stream of the Mass & online guestbook see www.sullivanfuneralhome.net & www.burlingtoncatholicma.org

Share Your Memory of
Loretta
Upload Your Memory View All Memories
Be the first to upload a memory!