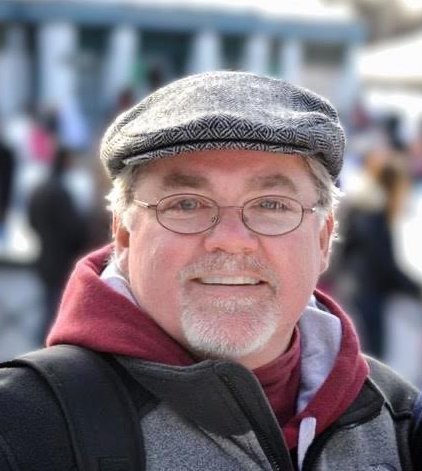 David A. Cook, the Coordinator of Secondary Education at North Reading Public Schools succumbed to an aggressive and inoperable brain tumor on Wednesday morning, September 16, 2020. He was 58 years old. David was born in Ware, Massachusetts, the son of David J. and Alma Cook. He grew up in Ware and was a graduate of Ware High School before proudly entering the Marine Corps Reserves. He later entered Salem State for his bachelor’s degree in Elementary Education, and Boston College for his Master’s Degree in Special Education. He was one of those exceptional teachers and administrators who worked tirelessly for the rights of his special education students as well as for those outside his school district that needed advice, guidance, and compassion. His resume was extensive as he continually strove to be the best teacher and advocate for his students. He began his teaching career as a computer teacher at the Dolbeare Elementary School in Wakefield. Other early posts that greatly impacted his path were The Cotting School in Lexington, Children’s Extended Care Center in Groton, Franciscan Children’s Hospital in Brighton and Framingham Public Schools. He was the Team Chairperson at the Billerica Public Schools, Director of Pupil Services at the Boxborough Public Schools, Director of education at the Doctor Franklin Perkins School, Principal of The Caleb Dustin Hunking School in Haverhill, Special education Team Chair at the Marlborough Schools, and was currently the Coordinator of Secondary Special education of North Reading Public Schools. He truly believed in giving the best education and services possible and reaching a position where he could be most influential in developing the curriculum that is beneficial to all students with or without disabilities.

David had a strong commitment to his family. He had strong role models in his parents and he carried those traits as he became a father and educator. He taught his children to fish at the Quabbin Reservoir and on the shores of Plum Island. He loved coaching his son’s t-ball and baseball teams and watching his daughter perform in the high school theater and musical productions. There were family camping trips, trips to Disney World, and family gatherings at their home. He had a special place in his heart for his beloved Airedales. He was a fierce competitor and was happiest on the ball field playing on one of his many softball teams. He was the person in the room that everyone seemed to gravitate to. He was gregarious, could talk about almost anything, loved a good story, and loved making people laugh. He will be remembered for his commitment to his students and his community, being a great guy, and a loving father.

David was the husband of Kimberly (Cabral) of Wilmington. Proud father of Jamie Elizabeth Cook of NY, NY and Ethan David Cook of Bedford. Beloved son of the late David and Alma (Jones) Cook. Brother of Lianne Cook of Gloucester, Susan Cook Beaudoin of South Kingston, RI, Beth Cook of Fall River and James Cook of Blackstone. Dear friend of Donna Sorrento of Newburyport. Visiting hours will be held at the Edward V Sullivan Funeral Home, 43 Winn St., BURLINGTON (Exit 34 off Rt. 128/95 Woburn side) on Wednesday, Sept. 23 from 4-7 p.m. A Mass of Christian Burial will be held at St. Margaret Church of St. Veronica Parish, 111 Winn St., Burlington on Thursday, Sept. 24 at 10 a.m. There is a 100-person limitation at the church. The Mass will be live streamed at 10 a.m. linked to David’s obituary on the Sullivan Funeral Home website. Burial will be private. In lieu of flowers memorials in David’s name may be made to New England Airedale Rescue, 3 Carter Road, Cornwall Bridge, CT 06754