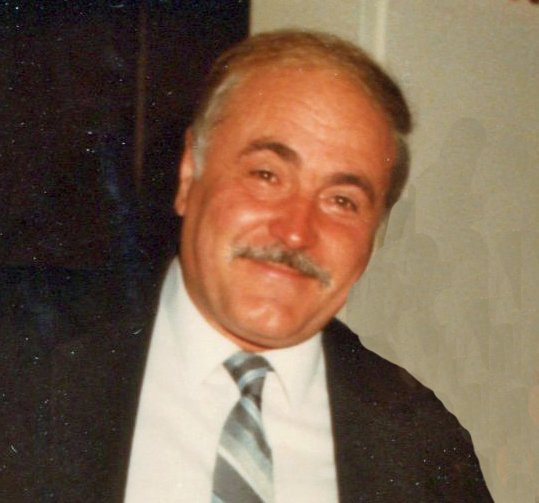 Eugene E. Calderazzo passed away at his home in Burlington on Wednesday morning, September 23, 2020.  He was 88 years old.

Eugene was born, raised, and educated in San Donato Italy. He was the son of the late Peter and Beatrice Calderazzo.  As a child, Gene lived through the perils of World War II.  He saw his grandparents courageously hide Jews and his family home destroyed by enemy bombs.    After high school, at the end of World War II, Gene served his country in the Italian Army as a Paratrooper.   At the age of 25, Gene and his mom came to the United States as refugees, staying with family in Brighton.

Gene would meet his future wife, Mary, at the International Club in Boston.  It was love at first sight and they were engaged within three months.  They raised their family in Somerville until moving to Burlington in 2006.    Gene had a long and successful career as a Tile Setter, running his own company called E. C. Tile, which was based out of Somerville.  Gene worked hard to provide for his family and had a strong work ethic.  He was well respected by all his customers.

Gene led a full and active life.  He was a very social and outgoing man and had many friendships. He enjoyed bowling, playing bocci and was a longtime member of the Brighton Elks.   Gene enjoyed making his own wine, sausages, and prosciutto.  He even had his own wine cellar to preserve the wines and meats that he made.  Gene was also an avid gardener and grew his own vegetables.

Gene and Mary traveled throughout Europe and the United States.  Gene would also go back to San Donato almost every summer to visit his mother, family and friends.  Gene will be remembered as a loving husband, father and grandfather who lived his life to the fullest!

Gene was the beloved husband of 58 years to Mary Ann (Angelo).  Loving father of Peter & his wife Teresa of North Andover, Eugene E. Jr. & his wife Betsy of Charlotte, NC and Lisa Calderazzo of Hopkinton.  Proud grandfather of Samantha Calderazzo & her husband Eli Shobin, Gianna, Daniela & Dante Gomes, Leah, Olivia & Caden Calderazzo.  Brother of the late Italo & Floriana.  Brother-in-law of Patricia Angelo & the late Mario of Burlington and Joe Angelo & his wife Annette of Stoneham.  A visitation will be held at the Edward V Sullivan Funeral Home, 43 Winn St., BURLINGTON (Exit 34 off Rt. 128/95 Woburn side) on Monday, Sept. 28 from 10:30 – Noon.  A Mass of Christian Burial will follow at St. Margaret’s Church of St. Veronica Parish, 111 Winn St., Burlington at 12:30 p.m.  Burial to follow in Chestnut Hill Cemetery, Burlington.  The Mass will be live streamed at 12:30 p.m., linked to Gene’s obituary on the Sullivan Funeral Home website.   In lieu of flowers memorials in Gene’s name may be made to St. Jude Children’s Research Hospital, 501 St. Jude Place, Memphis, TN 38105 www.stjudge.org

Share Your Memory of
Eugene
Upload Your Memory View All Memories
Be the first to upload a memory!