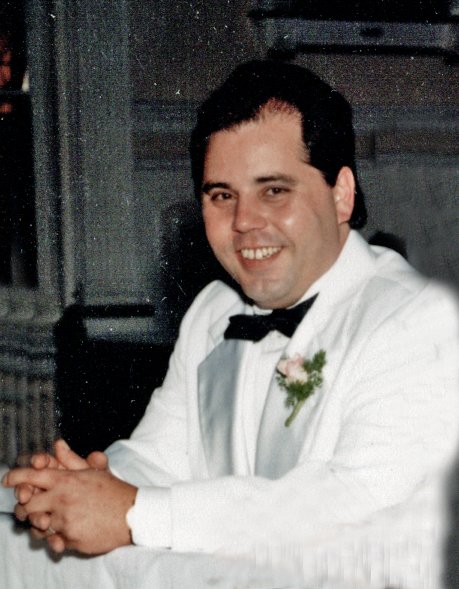 Bernardo “Bernie” Duro, a retired electrician /Laborer, passed away suddenly on Thursday, October 1, 2020.  He was 60 years old.  Bernie was born in .  He was the son of Alexander and Nora Caiani. He grew up in and was a 1979 graduate of .  He worked most of his career as an electrician along side his father at A.B. Caiani Electric in doing both residential and commercial electrical work.

Bernie was a man who always placed the needs and welfare of his family and friends first.  His friend, Domenic, introduced his sister, Maria, to Bernie on Thanksgiving of 1986 and their romance blossomed.  They were married in 1989 and settled in in 1991.  At first, Bernie could be quiet and reserved.  He was an avid reader, a bit of a home body, enjoyed working in his garage workshop, and keeping up with local and national politics.  He enjoyed woodworking and he enjoyed refurbishing and repurposing furniture.  He could take an old bureau and make it an beautiful bathroom vanity.  He would  work in his garden only to share his harvest with family, friends, and neighbors.  He loved being in his kitchen baking apple pies and bread.  When he was with family and friends, he could light up the room with his quick wit, humor, and boisterous laugh.  He had a huge heart of gold.  He was the person who would call a friend who might be going through a difficult time and chat for hours.  He was known of his countless  private acts of kindness and willing to lend a helping hand unbeknownst to his family. His sudden passing is difficult for those who loved him to accept.  But there will always be a special place in their hearts and minds for the man they loved.

Visiting hours will be held at the Edward V. Sullivan Funeral Home, (exit 34 off Rt. 128/95, side) on Wednesday, October 7 from 4-8 p.m.  Funeral from the Edward V. Sullivan Funeral Home on Thursday, October 8 at 9 a.m. Services will conclude with a Funeral Mass at St. Barbara Church, 138 Cambridge Road, Woburn at 10 a.m.  For online guestbook, video tribute, obituary, and live streaming of the funeral mass see www.sullivanfuneralhome.net

Share Your Memory of
Bernardo
Upload Your Memory View All Memories
Be the first to upload a memory!