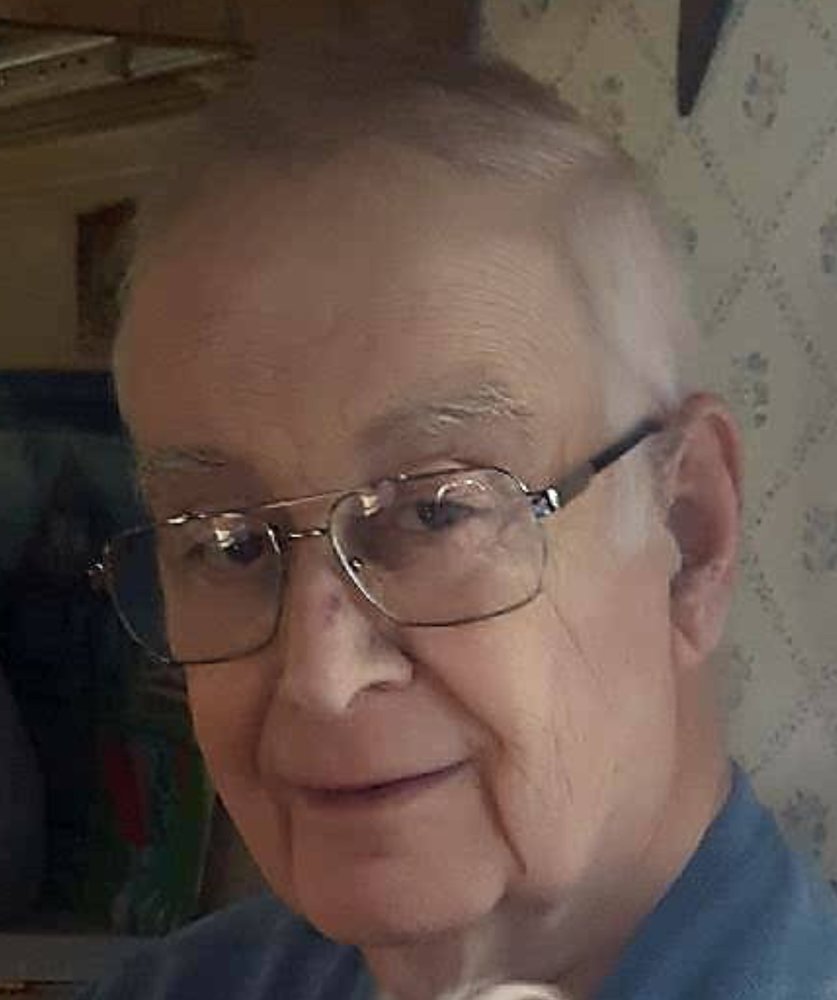 Glendon L. “Glen” Jones, a retired Polaroid employee, passed away peacefully on Tuesday night, October 13, 2020.  He was 88 years old.  Glen was born in Arlington, MA.  He was the only son of Curtis and Bernice “Bunny” Jones.  He grew up and was educated in Arlington.  He served in the United States Coast Guard during the Korean War.  Much of his time was spent as a light house keeper at the Little River Light House in Cutler, Maine.  The historic lighthouse became the responsibility of the Coast Guard prior to WW II and continued until 1979 when it became self-automated.  Glen loved the experience and the time running the light house, preserving its history, and its role in protecting mariners.  Through out the next 60 years, he would often reminisce with his children, grandson, and friends about those days spent as a light house keeper and always yearned to see it after it was restored several years ago.

Glen spent almost 40 years working as an electrician for the Polaroid Corporation.  It was back when employees felt like family and most made Polaroid their career for decades.  He worked mainly in the Waltham facility maintaining the facilities and equipment.  Because he served most of the campus, he was well known among all the employees in the manufacturing and management positions. He participated in their company’s bowling league for many years.  He retired in 1995 but continued to remain close to old friends through the Polaroid Retirement Club gatherings, and breakfasts with his closer Polaroid buddies.

Glen was a man who loved keeping busy and had a keen eye for detail.  Some might call him a tinkerer, but his skills and projects were well beyond that.  He built sheds, renovated bathrooms, finished an addition to his home, built and restored furniture, and could tackle almost any other project around his home.  He would spend endless hours maintaining his lawn and landscaping.  He loved sports, especially hockey.  He was always in the stands for his son’s hockey games.  He had seasons tickets to the Bruins and loved following the Patriots.  He had a dry sense of humor and always kept you on your toes.  With a twinkle in his eye, he would love to tease or string someone along with his quick wit.  During his last year when he had challenging health situations, he never lost his welcoming and captivating personality.

Glen was the Beloved husband of the late Mary Ann (Hanrahan). Loving father of William of Attleboro, John & Anne of Wilmington, David of Laconia, NH, and Karen of Vernon, CT. Proud grandfather of William Jones and great grandfather of William and Matthew Jones.  A visitation will be held at the Edward V. Sullivan Funeral Home, 43 Winn St., Burlington on Friday, October 16 from 5-7 p.m. Funeral services will be held on Saturday, October 17 at the Sullivan Funeral Home at 10 a.m.  Services will conclude with a burial in Pine Haven Cemetery, Burlington.  Memorials in Glendon’s name may be made to the American Cancer Society, 3 Speen St., Framingham, MA 01701 or www.cancer.org.

In Arlington MA, my father grew up in the Arlington Heights area of the town.  His mother had a nursing background. His father was a pharmacist at the local corner drugstore and a proud volunteer firefighter. Appleton Street was a well-traveled side street within an established neighborhood of mainly single family homes. You would think that growing up an only child, my father might have had a somewhat lonely/isolated childhood but that was not the case. Perhaps it was the “times” but my father and his parents had very close relationships with their neighbors. During his childhood, one of my father’s closest friends was his next door neighbor Robert/Bob Hurley who by chance, was born on the exact day as my father. Understandably, their bond was more of a “brotherly nature” that lasted a lifetime. After my father served in the Coast Guard, Robert Hurley Sr. mentored my father as an electrician and got him a job at the NECCO candy company in Cambridge MA where he met my mother.

The Derby’s lived across Appleton Street from my father’s house. Jack & Dorothy “Dot” Derby, became very close with my father and his folks. Jack Derby owned a jewelry store where my father ultimately chose my mother’s engagement and wedding rings. Dot eventually was honored with becoming my brother John’s Godmother.  Throughout the years, both families remained close friends that extended to the next generation. For my father, his neighbors ultimately became extended family.

With the purchase of their new home together, my parents were fortunate to have found a similar neighborhood where they formed meaningful friendships that lasted throughout the years.

Although my father was not openly a “mushy” guy about it, family was important to him. He was the ultimate provider and being a good husband and father is what gave him purpose. A career electrician at Polaroid, chauffeur to countless hockey practices & games, homework helper (math especially for me), and mister “fix-it” were just a few of his notable contributions as a Dad. There was always a full refrigerator, a solid roof over our heads (until he fell through it), clothes to wear and a wood side-paneled Ford Country Squire station wagon in the driveway (except for the one that went up in flames in the grocery store parking lot). I can’t remember a Christmas that did not have an abundance of toys and miscellaneous presents spilling from under the tree. Our large back yard was the envy of the neighborhood… with a large above ground pool, room in the yard for a full scale wiffle ball game, and the infamous self-made ice rink, complete with outdoor flood lights for evening skating,… Dad definitely gave a literal meaning to “keeping up w/ the Jonses’”.

Pretty much everyone knows that my Dad was very handy and loved doing projects in his workshop. At one time, I swear he owned every possible tool or tool related gadget known to man. From carpentry, tiling, plumbing, finish work and of course electrical… he could do it all.. but often with a “cost”. To be blunt… my father was a Klutz. It seemed no matter how small the job, he would end up bleeding somehow, someway. “It’s nothing!” he would chuckle as blood trickled down his arm, hand, head or whatever. I now understand why my mother kept at least 3 boxes (cans) of band-aids and an abundance of miscellaneous bandages available at one time.

To no surprise, my father was also a bit on the stubborn side. Admittedly, I would have to agree that “the apples do not fall far from the tree”. Besides his stubborn nature, as his children, I believe that we share different qualities and characteristics of his. With his oldest son William, Bill/Billy… my father shares his “attention to detail” and tireless work ethic. Bill and my father, when he was able, would meticulously work in the yard all day until dark. They also share my father’s infamous grin and almost perpetual smiley nature.  Most importantly, they share being dedicated fathers who have always put their children’s needs before their own.

With his son John/ J.P., my father shares the same methodical thinking - common sense approach to problem solving, an overwhelming sense of responsibility, a very limited patience level and bad knees. What they have most in common is a devoted marriage, to their best friend in life, that has withstood the test of good times and bad.

With his son David, besides their similar “teasing” sense of humor, my father shares his love of the water, adventure and speed. My father could not get enough of the latest marine boat photos, stories or videos from David’s encounters on the job. “God I love watching those boats fly” my father just recently told me. There is no doubt that if he was able to, my father would have attached some sort of turbo boost to his electric scooter.

As for me, I definitely share his affinity for afternoon naps, his caretaker mentality, love of dogs, bread, sweets and unfortunately the stock piling of food in the freezer. As my brother Bill just recently said, “Dad has so much food that he could eat something different, every day, for the next year and never go hungry”. Shopping at the grocery store (and Hardware store) was one of his favorite past times. Some of my fondest memories will be of cooking and eating meals together. My father loved seafood and could make a killer baked scallop casserole.

Undoubtedly, there is a little bit of my father, in each of us, that will live on. We owe him, and my mother, an enormous amount of gratitude for helping us become the people that we are today. I can only hope that we have made them proud.

Dad, we know that you are happy now and where you’ve wanted to be for quite some time… back together with Mom. We love and miss you both.

Share Your Memory of
Glendon
Upload Your Memory View All Memories
Be the first to upload a memory!