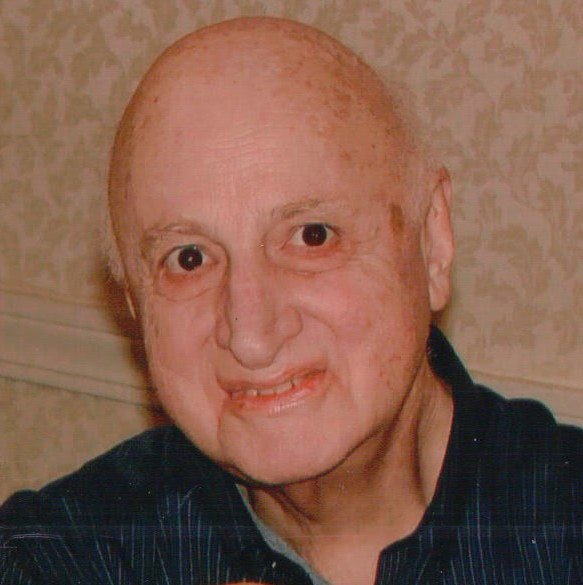 Click on this link to see a live stream of Jim's Funeral Mass on Wednesday, Nov. 18 at Noon

James John Arrigo, a loyal husband, father, and grandfather passed away after an extended illness on Saturday, November 14, 2020.  He was 83 years old.   Jim was born in Somerville, Massachusetts.  He was the son of Joseph and Rose Arrigo.  He grew up in Somerville, graduated from Somerville High School and got his associated degree from Northeastern University. Jim was an active member of the Knights of Columbus and a veteran of the United States Army. He was an Architectural Consultant throughout his career in the construction industry. Jim worked for WR Grace, Sonneborn & Silpro covering the New England territory. Jim retired from Silpro and it was one heck of a party. After that, he spent his time woodworking, cooking and taking care of his yard. He was devoted to his family and spent as much time as possible with them.

Jim met his loving and dedicated wife, Loretta (Lane) Arrigo when they worked together at WR Grace in Cambridge and that was the start of a beautiful 59-year marriage.  They married in 1961 and settled in Burlington in 1963.  His family grew to four children and they were his priority.  Family was always first for Jim.  He would always tell his family to “Go as far as you can.  And then a little more.” As he traveled for his job throughout New England, he often took the family along for the ride.  Many trips to Burlington, Vermont were taken in the family car.  Six people on two bench seats arguing about who will sit on the bump.  No iPads, headphones and only one radio.  He had his own taste in music and as it was his car, it was his radio.  He had a great sense of humor and always had the room laughing.  He didn’t even have to say anything to make you laugh. With just a roll of his eyes and a change of expression you knew what he was thinking.

Jim, better known as Guppy, was a loving grandfather, super fan, and role model to his eleven grandchildren. He loved going to all their sports and activities and when he could not attend, he always wanted a breakdown of how it went.

He will be remembered as a family man, friend, craftsman, and chef to all that knew him. Jim was known for his famous meatballs. Every holiday he could be found in the kitchen cooking meatballs, brischollis and sauce.  He passed his secrets to his grandchildren and nieces, but no one could make them quite like Jim could. Holidays had to include all the traditional food with the addition everyone’s favorite… the Italian Course. Jim also loved taking care of the house and yard. For years the family gathered for “leaf parties” a day dedicated to jumping in and picking up the leaves. Gup could even make yardwork fun! He always wanted the grass cut just so and trained his grandchildren to take over the reins.  He moved from doer to supervisor and had many fun hours working outside with his family.

Jim was the beloved husband of Loretta (Lane).  Loving father of Donna & her husband James Judge of Burlington, Kenny & his wife Karen of Burlington, Michael & his wife Sharon of Upton MA and Lori & her husband Doug Smith, of Burlington.  Proud grandfather of Kyleigh, Jimmy & the late Lauren Judge, Michaela Elliott & her husband Brandon, Tony, Cameron, and Morgan Arrigo, Nicole, Jared, Robert and Matthew Smith.  Brother of Pasquale & his late wife Elvina Arrigo of Dennis MA, Joseph & his wife Paula Arrigo of Franklin MA.  Predeceased by his siblings Frank, Mary, Raymond, and Louis Arrigo, Concetta & Frank Luisi, and Mary Jane & Ken Lantz. He is survived by his sisters-in-law Mary Ann Arrigo, Peg Browne and Pat O’Shea and many nieces and nephews who loved him.

Visiting hours will be held at the Edward V. Sullivan Funeral Home, 43 Winn St., BURLINGTON (Exit 34 off Rt. 128/95 Woburn side) on Wednesday, Nov. 18 from 9:00 am - 11:00 am  A Mass of Christian Burial will be held at St. Margaret Church of St. Veronica Parish, 111 Winn St., Burlington also on Wednesday, Nov. 18 at 12pm.  Live-stream link of the funeral mass is at the top of this page.  Services will conclude with burial at Pine Haven Cemetery, Burlington.

In lieu of flowers, memorials in Jim’s name may be made to Autism Speaks, 88 Broad St., 5th Floor, Boston, MA 02110 or www.autismspeaks.org. (Please reference djudge624@comcast.net)