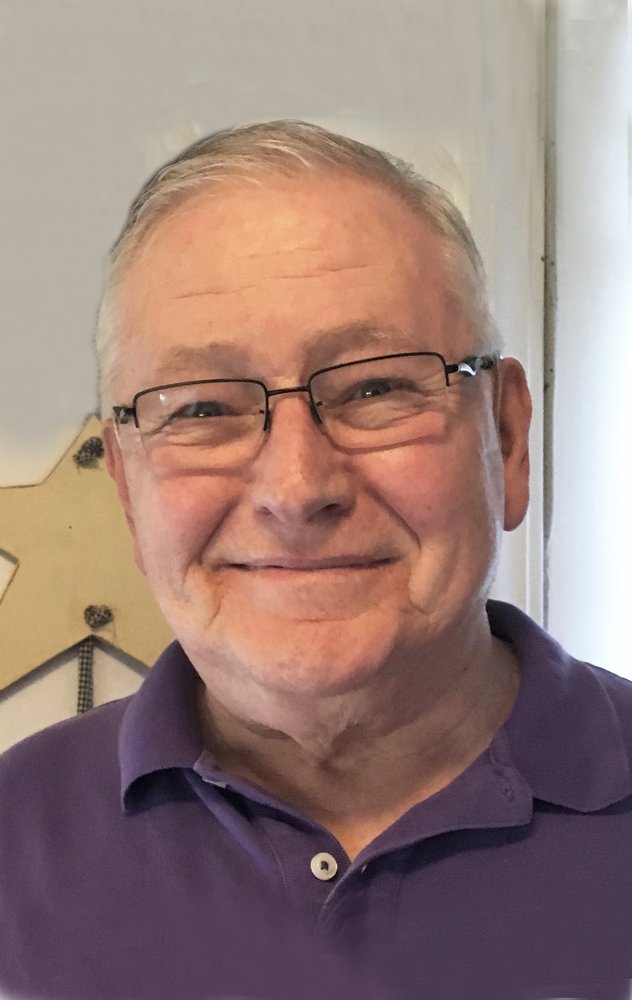 Click on this link to view the funeral mass.

The above link will bring you to our facebook page (sign-in is not required) to view Kevin's funeral mass.  Live-stream will begin approx. at 10am, Friday, November 20th

Kevin William Kelly, a man devoted to his family and his faith, passed away unexpectedly at the Lahey Hospital & Medical Center on Saturday, November 14, 2020.  The beloved husband of Katherine T. (Malone) he was 74 years old.  Kevin was born in Somerville. He was raised and educated in Watertown.  He attended St Patrick’s School and graduated from Watertown High School.  Kevin was the son of the late Joseph and Maureen Kelly.  He was a Veteran of the United States Army serving his country during the Vietnam War.  Kevin and Kay met as children.  They were childhood friends, became best friends and then became soul mates marrying on June 15, 1986 and moving to Burlington.    Kevin had a career as a Senior Buyer/Planner and Supply Chain Specialist.  He had a great skill set and was able to multitask in a fast-paced deadline driven environment.  He worked for Bruker Daltonic, General Electric and General Eastern Instruments/General Electric.

Kevin led a full, active, and happy life.  He had a big heart and was known for his quick wit and outgoing personality.   Kevin was a people person and loved to interact with everyone he would meet.  He loved music most especially the sounds of the 60’s and 70’s. He would sing a song whether you wanted to hear it or not. Whenever there was a family wedding Kevin would be the first one on the dance floor. Dancing the night away with his wife, was one of his favorite things in the World.    He was an avid reader and would read the newspaper from front to back.  He loved going to the movies and always made sure he had his popcorn and soda as he watched the most recent releases.  As a child Kevin and his family would summer at Brant Rock in Marshfield.  Kevin and Kay’s family summers were also spent at Old Orchard Beach in Maine.   He was an avid sports fan.  He enjoyed watching Red Sox games and they were most special when he watched with his dad.   He was a season ticket holder for over 40 years with the Patriots. He saw them through some of their darkest days at Schaefer Stadium and celebrated their successes as they entered the Belechick/Brady days at Gillette Stadium.   He had great seats to witness all the victories sitting in the second row.  Kevin was such a loyal fan that during one of the games he had a “heart attack” and he made no mention until the game was over!

Kevin’s family and faith was the core of his life.  He was a longtime and active parishioner of St. Malachy Parish in Burlington.  He was a member of the choir, helped with the monthly food drives and the sock exchange.   Kevin always looked forward to family gatherings whether it was a holiday or a cookout.  Kevin and his children had a close relationship, and he was always there for them.  He never missed any of their events or activities and was so very proud to see them grow into adults.   Kevin will be remembered as an amazing man who loved his family and his church.  He leaves his family with a heavy heart but filled with many wonderful, happy and fun memories.

Kevin was the beloved husband of Katherine T. (Malone).  He was the loving father of Shane & his wife Lisa of Woburn, Jodi of Everett and Kevin & his wife Caitlin of Everett.  Proud grandfather of Austin & Mya Kelly and Joseph Cotto.  Brother of Michael of Orlando, FL, Philip of Peabody, Mary-Lou Kelly of Littleton and the late Joseph.  Loving uncle of many nieces and nephews.  Visiting hours will be held at the Edward V Sullivan Funeral Home, 43 Winn St., BURLINGTON (Exit 34 off Rt. 128/95 Woburn side) on Thursday, Nov. 19 from 4-7pm.  Funeral from the funeral home on Friday, Nov. 20 at 9am.  Followed by a Mass of Christian Burial in St. Malachy Church in St. Veronica Parish, 99 Bedford St., Burlington at 10am.  Burial to follow in Pine Haven Cemetery, BURLINGTON.  In lieu of flowers memorials in Kevin’s name may be made to IFCR Foundation for CDKL5 Research, PO Box 926, Wadsworth, OH 44282  www.cdkl5.com

Share Your Memory of
Kevin
Upload Your Memory View All Memories
Be the first to upload a memory!