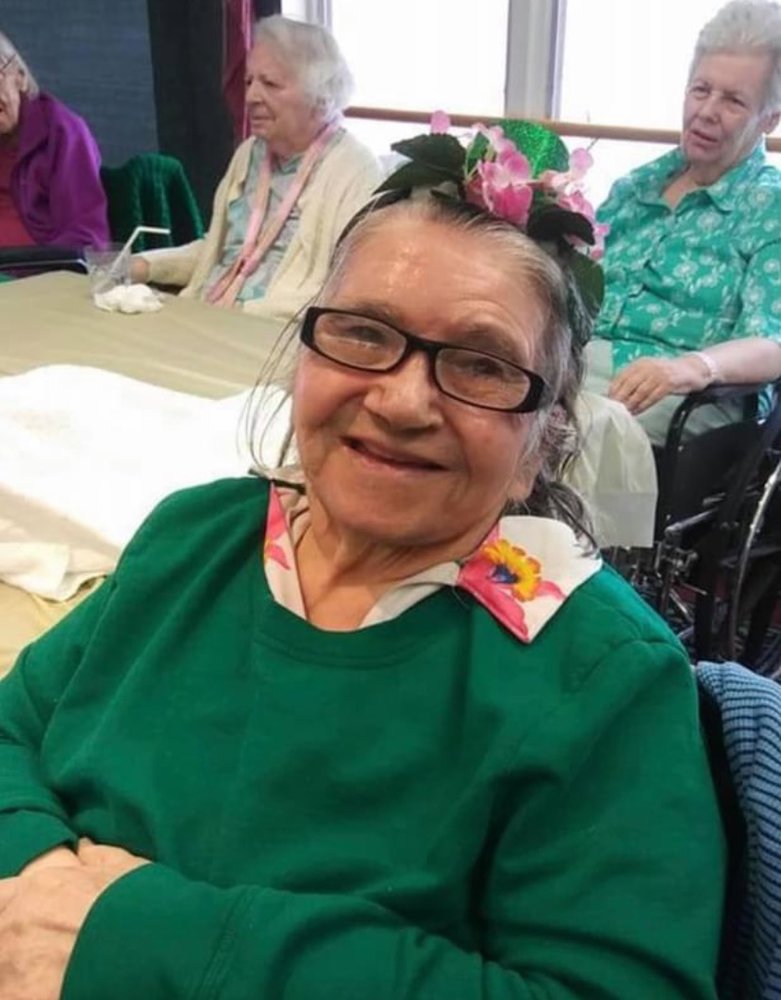 Julia (Abreu) De Freitas of Woburn, after a long illness, Nov. 16.  The wife of the late Manuel De Freitas, she was 84 years old. Julia was born and raised on the Island of Madeira.   Julia met her husband Manuel Freitas and they moved to Jersey, England to work and eventually returned to Madeira, where they started their family.  Julia and her husband, who were sponsored by her sister and brother-in-law, moved to the United States in the early 70’s.  They settled in Woburn, where their youngest son Frankie was born.

Julia was a happy and outgoing woman. She was always the life of the party.  She was proud of her Portuguese heritage, which continued to be an important part of her life.    She loved music and dancing.  She would often be seen at the Portuguese feasts in Woburn dancing and singing.  Julia was a loving woman. Her children, grandchildren and great grandchildren were the center of her life.

Memorials in Julia’s name may be made to the Woburn Food Pantry, Woburn Council of Social Concern, 2 Merimack St., Woburn, MA 01801.

Share Your Memory of
Julia
Upload Your Memory View All Memories
Be the first to upload a memory!