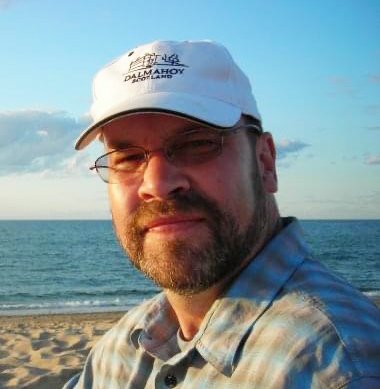 Please share a memory of Peter to include in a keepsake book for family and friends.
View Tribute Book

Peter W. Childs of Billerica, formerly of Lexington and Foxboro passed away on November 24, 2020, surrounded by his family at home.

Peter was born in Schenectady, New York in 1960 and raised in Foxboro, Massachusetts. After graduating Foxboro High School in 1978, where he was voted “most musical” by his peers, Peter went on to study Electrical Engineering and Computer Science at the University of Massachusetts, Amherst where he graduated in 1983 with high honors. As an exchange student, Peter attended the University of Leeds in England where he hiked throughout Europe, making new friends on the way. For over 30 years, Peter worked for HP, Agilent Technologies and Philips Medical Systems for Cardiology Informatics as a Quality/Regulatory Manager where his colleagues relied on his expertise and experience

Peter’s lifelong love for music blossomed into a prodigious talent for guitar-playing at an early age, performing gigs in local bands at 14 years old. His favorite artists included Stevie Ray Vaughn, Pete Townsend, George Harrison, Johnny Winter, Jeff Beck and many others. Peter met his wife Debbie in 1985 and married in 1990, raising their sons Tim and Daniel in a loving community of neighbors in Lexington. Peter’s resiliency and dedication to supporting the people he loved only became more apparent the years after overcoming a Germ Cell Cancer diagnosis in 2005.

Following his cancer treatment, Peter developed multiple chronic illnesses which affected his physical abilities and cognition. Despite his affliction, Peter continued working to support his family while his unassuming and unconditional love for his family kept him strong. His interest in woodworking brought Peter to The Lexington Arts & Crafts Society to a woodturning group where he made beautiful pens and bowls to share with others. He also knitted beautiful hats and scarves for his family.  Peter was always known as a kind, sweet, good humored, helpful, intelligent man who would was there for anyone who needed him. He was a tall man who gave the best hugs.

In his last year, Peter spent his time with his brother and best friend Warren, finding purpose and great company in helping Warren care for his wife, Abby. Peter leaves his family heartbroken, but with a lifetime of loving memories that have deeply inspired strength and resiliency. Peter is survived by his wife, Deborah, and sons Tim and Daniel Childs of Billerica; his mother Ann Childs of Foxboro; his brothers Andrew, Joseph, and Warren; as well as nieces and nephews. A memorial and celebration of Peter’s life will tentatively be held in 2021.