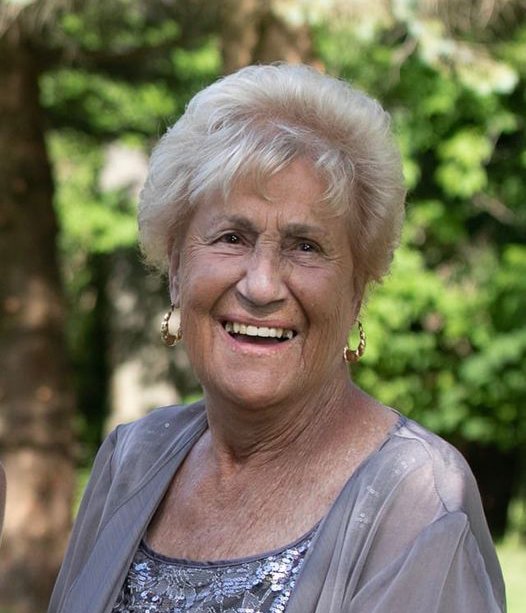 Concetta Maria (Beninati) Savoia, passed away at her home following a brief illness on Saturday morning, November 28, 2020. The beloved wife of the late Lawrence P. Savoia, Connie was 84 years old.

Connie was born in Boston. She was the daughter of Sicilian immigrants, the late Antonio and Maria Beninati.  She was raised in the North End of Boston and graduated from Girls High School in Boston. Connie would meet the love of her life, Lawrence Savoia from the West End. They would marry in 1957 and settle in Somerville where they would raise their three children. Connie and Larry had a wonderful life together. They were the best of friends, Larry doted on Connie and made sure she would want for nothing. They enjoyed trips to Las Vegas and Atlantic City.  Connie had many interests including bowling and bingo.

Connie lived for her husband and children. They were the center of her life.  Connie worked as a Teacher’s aid but her greatest role was that of homemaker and mother. Growing up in the North End, with parents from Sicily, Connie brought the Sicilian culture into her own home.  She was a great cook and made the best meatballs and gravy. She attended all Anthony and Andrea's events when they were growing up. Connie had a close circle of friends that were all hockey mom's that affectionately called themselves the “ice cubes”. As a group they attended all their son’s hockey games and all the events surrounding the hockey program. As her children married and her family grew with grandchildren, Connie was there for all the important moments in her grandchildren’s lives. Connie was blessed this past summer to be a part of her granddaughter Brittany’s marriage to Joey Clark. It was a wonderful day for the Savoia family that will hold many special memories for the entire family.  Connie had a special relationship with all her grandchildren and made them each feel they were the most important person to her. She wasn’t just their grandma she was their best friend.

Connie had a great personality. She was loving, caring and compassionate to every person that crossed her path. In recent years Connie had moved from her hometown of Somerville to live with her daughter Andrea and then her son Anthony in Tewksbury. Connie will be remembered as a very respectful, classy, and loving woman.

Connie was the beloved wife of the late Lawrence P. Savoia.  She was the loving mother of Lawrence P. Savoia Jr. & his wife Deborah of North Andover, Anthony Savoia & his wife Michele of Tewksbury and Andrea of Tewksbury.  Connie was the proud grandmother of Erik Savoia, Brittany Clark & her husband Joey, Kaileigh Gorman & her fiancé Alek Stashik, Mark Gorman, Riann Savoia, Patrick Quinn & Sydney Quinn. Great grandmother of Ophelia.  Connie is also survived by many loving nieces and nephews. Visiting hours will be held at the Edward V Sullivan Funeral Home, 43 Winn St., BURLINGTON (Exit 34 off Rt. 128/95 Woburn side) on Tuesday, Dec. 1 from 10 a.m. – 11:30 a.m.  Followed by Burial in Holy Cross Cemetery, Malden. In lieu of flowers memorials in Connie’s name may be made to Alzheimer’s Association, MA Chapter, 309 Waverly Oaks Road, Waltham, MA 02452 www.alz.org

The link (above) will bring you to our facebook page (sign-in is not required) to view both her funeral services and graveside prayers.

Share Your Memory of
Connie
Upload Your Memory View All Memories
Be the first to upload a memory!