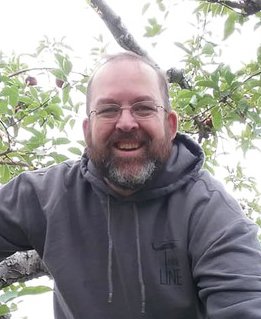 Christopher T. Weaver, a man dedicated to his family and his faith, passed away unexpectedly at the Lahey Hospital & Medical Center on Thursday, December 17, 2020.  The beloved husband of Tammie (Rawson) he was 50 years old.

Chris was born and raised in Woburn.    He was a 1988 graduate of the Open Bible Academy in Burlington.   The Open Bible Academy was the perfect school for Chris as it provided children of Christian families with bible-based education.  It was also where he would meet his future wife Tammie through her brother,Scott , who was Chris’s best friend.   After graduation he attended Burlington Bible Institute and graduated with his bachelor’s degree from the University of U Mass in Lowell.   During this time Chris joined Coast Guard Reserves which he served from 1993 – 2000.  As a member of the Coast Guard Reserve, he served various missions a few days a month.  Serving in the reserves provided Chris with many unique experiences.    Chris worked as an Engineer for Comcast, E-dialog and had been Sales Force in Burlington as a Lead Infrastructure Engineer at Sales Force in Burlington at the time of his death.

Chris and Tammie married in 1994. They lived briefly in Woburn and Burlington before settling in Billerica where they would raise their three children.   Chris was an awesome father and loved to “hang out” with his kids.  He was always there for his children.  Chris made it a point to make sure that he was knowledgeable and involved in all the interests of his three children.   He was always there to help his sons to pursue their own unique hobbies;  Ben with his love of woodworking and Sam with his love of modding cars.  His daughter Emery, who was named after his mom, was his “Princess” and the apple of his eye.  Chris, Tammie and their children enjoyed camping in Tamworth, NH and as the kids got older, they would vacation in North Conway.    Chris had surprised Tammie with an early Christmas gift this year and they enjoyed a weekend in North Conway together right before Thanksgiving.

Chris was always willing to lend a helping hand to anyone in need. He had a caring and loving nature about him.    He always had a kind word to say about people.  He will be remembered as a kind, outgoing and generous man.  Chris’s passing is difficult to accept but his memories will live on in the hearts of his family and friends.

Chris was the beloved husband of Tammie (Rawson). He was the proud father of Benjamin, Samuel and Emery.  Son of the late Phyllis A. Emery Vales and David Weaver.    Brother (Brothie) of Amanda Huddleston.   Chris is also survived by his second parents, Thomas and Carol Rawson, his brother (in law) Scott and his wife Bonnie, Uncle to Brenna, Bryce and Brynette Rawson, his Uncle Rich and his wife Eileen, his Uncle Jeff and his wife Kathy and his Aunt Debbie Weaver, as well as many loving cousins and loving friends.  A Memorial Service will be held at The Church of the Open Bible, Burlington, Ma on January 2 at 10 a.m. Due to COVID-19 restrictions, we request that those who would like to attend the Memorial Service register using this link :Chris Weaver’s Memorial Service Registration

The service will also be live-streamed through The Church of the Open Bible's Youtube and Facebook pages.

Share Your Memory of
Christopher
Upload Your Memory View All Memories
Be the first to upload a memory!