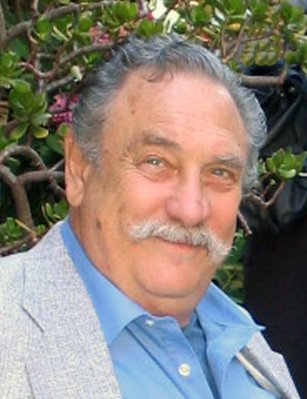 Peter Richard Radosta crossed peacefully and of natural causes on December 19, 2020. He was welcomed into the comforting arms of his predeceased father and mother, Charles and Josephine Radosta, and his siblings Charlie Radosta and Jean Drinkwater, who were his best friends. Peter lived a rich, full life in joy, love and commitment to family. He was 90 years young.

Peter passed with the love of his life, Lorraine Radosta (Palermo), by his side. They held hands as they always had during their 65-year journey through life together. He was surrounded in love by ‘his girls’; daughters Carla Radosta, Rachael Radosta, Pamela Runtagh and her husband Richard. His grandsons – of whom he was so proud – were also honored to be by their Nonno’s side in life and in passing; Peter Lancaster and his wife Marybeth, Joseph Dussault, Nicholas Dussault, and David Dussault. He was also loved by his granddaughters, Nicole Radosta and Heidi Hanson and great-grandsons, Cody Hanson and Jonah Vangalen.

As Uncle Peter, he was dearly loved and respected by his nephew and nieces; Mark Radosta, Jean Radosta, Lynne Drinkwater, Lisa Surette, Michelle Drinkwater and their families.

On June 16, 1930, Peter was born into a fun-loving (and loud) Italian family in Everett, Massachusetts. The Radosta children were blessed with endearing parents, good food and a love of music. Peter (aka Dicky Ray) followed his big brother, trumpeter Charlie (aka Chickie Rad or Carlo), in marches through the North End during the Italian feast days, proudly playing his trombone. He deeply valued the bonds of love, laughter and friendship with siblings Charlie and Jean throughout their lives.

In his early twenties, Peter was drafted by the U.S. Army to serve in the Korean War. Due to a bout of pneumonia after boot camp, he never shipped out to the front lines. While awaiting orders in Virginia, he was honored to guard the Tomb of the Unknown Soldier in Arlington Cemetery. He was later stationed in Germany, and travelled throughout Europe as a member of the U.S. Army Band. He often remarked how great an education it was for him to visit places of history and be introduced to different cultures. These travels shaped his views of acceptance, inclusion, diversity and compassion throughout his life.

After his honorable discharge, Peter and his brother Charlie went to cosmetology school. The two brothers became hair stylists in the fashion world, and eventually owned a few salons. It was during this time that Peter was introduced to Lorraine. His father, Charlie, and Lorraine’s father, Louie, together conspired an arranged setup. Though Peter was at first skeptical, the beautiful Lorraine soon stole his heart. They were engaged six months after their first date and married on May 27, 1956. They spent their honeymoon in Cuba.

Peter and Lorraine first settled in Everett, Mass. After the birth of their first daughter, Carla, they moved into a new home on Samoset Rd. in Woburn, and soon welcomed daughters Rachael and Pamela. They lived in the same home for the next 63 years. They had recently downsized and relocated to New Horizons in Marlborough, Mass.

Peter dared to change careers in his forties, putting himself through HVAC school while raising a growing family. Shortly after graduating, he was employed by Polaroid in Waltham. After 25 years at the company, he retired.

Peter always believed that family vacations were important, often taking his brood on road trips to D.C. and Virginia. He inspired his family to learn how to ski for winter holidays in New Hampshire, Vermont and Maine. In one of his many great experiences, he skied Heavenly Valley in Lake Tahoe while he was well into his 50s. He and Lorraine enjoyed all means of travel — they rode to Maine, Cape Cod and Gloucester (for the ‘lobstah’ and fried clams), and camped throughout New England. They spent several winters in Florida and took cruises in the Caribbean, with holidays in Puerto Rico and St. Lucia. They journeyed through Europe with Pamela, enjoyed beach fishing off the coast of North Carolina with Rachael, and shared many adventures in California with Carla.

Peter was a big-hearted man. He was quick to offer pearls of wisdom and rich stories of life. He was a character who had us all laughing along with him. He loved his whole family deeply. And he left everyone that knew him with warm heart-smiles and treasured memories.

Due to COVID-19 risks and travel restrictions, there will be no memorial services at this time. We hope that by summer we can grant Peter a proper send-off with a celebration of his life.