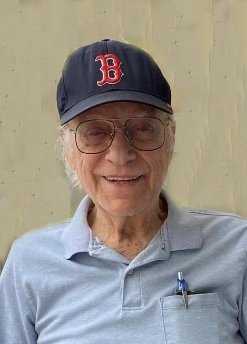 Click on this Link on Tuesday, January 5 at Noon to view the funeral mass for Virgil.

Virgilio “Virgil” “Vin” Venti, who worked in the printing industry most of his career passed away after a brief illness at the Mount Auburn Hospital in Cambridge on Wednesday, December 30, 2020.  He was 89 years old.  Virgil was born in Ortona dei Marsi, in the Abruzzo region of central Italy.  He was the son of Paolo and Luisa Venti.  The family lived on a farm in a modest home.  When he was 5 years old, the family immigrated to the United States.  It was during that trip that he first saw a sink with running water and a modern bathroom.  The family like many Italian immigrants settled in the North End of Boston where everyone spoke Italian and supported each other as they learned a new language and culture.  He would graduate from English High School in Boston in 1949. He enlisted in the Army.  He served in the 8202nd Army Unit Missions Command during the Korean War as a AS Radio Operator.  He was honorably discharged after the war ended and was the recipient of the Good Conduct Medal and the National Defense Service Medal.  Virgil would go on to make a career specializing in languages in the printing industry.  He spent most of his career as a proofreader at the Typographical House in South Boston and then ended his career at Daniels Printing in Wilmington.  As a proofreader, he was responsible for correcting typographical and grammatic errors from print literature. Virgil’s proofreading skills encompassed several languages: English, Italian, Spanish, French, and Portuguese. He also translated legal documents, wills, and countless other documents.  His children truly appreciated his talents when he assisted them in their homework.

Virgil was a gentle soul, who was well versed and enjoyed staying fit and active.  He could be a bit quiet and reserved, but around family and close friends he had a wonderful sense of humor and an abundance of kindness.  He and his wife, Marie, met at a dance and were married in January of 1959.  They made their home in Somerville for 3 years before settling in Arlington to raise their 3 daughters.  He was into physical fitness way before it was trendy.  He jogged, bicycled, and walked his entire life.  In his later years, a stationary bike was a bit safer choice.  He would spend endless hours working in his garden tending to his flowers and vegetables.  He enjoyed painting landscapes and delving into a good biographical, war, or western novel.  He loved to travel, but by bus rather than by plane.  He loved spending warm summer days at the local beaches with his wife and children.  In his later years, when he and Marie moved to Woburn, he found a second home at the Woburn Senior Center.  He met new friends, took classes, did some tutoring, participated in their activities, and trips. Virgil was always there to love and support his wife of 53 years, Marie, his 3 daughters, his 8 grandchildren, and 3 great grandchildren.    He will be lovingly remembered for the gentle and kind affection and devotion he shared with them all.

Virgil was the beloved husband of the late Marie (Ciuffo) Venti who passed in 2012. He was the loving father of Lois Fullerton & her husband Scott of Rindge, NH, Lillian Richard & her husband Jeff of Mendon, and Terri Venti-Crowley & her husband Patrick of Arlington. He was the brother of Eda Orr of Marlborough and the late Joseph Venti. He was the proud grandfather of Stephanie Malloy, Victoria Miller, Derek Fullerton, Felicia Smith, Anthony & Diana Richard, and Shaina & Krista Guidebeck.  Great grandfather of Evelyn & Odin Miller and Eloise Malloy.

A visitation will be held at the Edward V. Sullivan Funeral Home, 43 Winn St., Burlington (exit 34 off Rt. 128/95, Woburn side) on Tuesday, Jan. 5 from 10 a.m. to 11:30 a.m. Followed by a Mass of Christian Burial at St. Margaret Church in St. Veronica Parish, www.stveronicama.org,  111 Winn St., Burlington at Noon.  Services will conclude with a burial in Woodbrook Cemetery, Woburn. Memorials in Virgilio’s name may be made to the Woburn Senior Center, 144 School Street, Woburn, MA, 01801. For directions, obituary, online guestbook, video tribute, livestream of the funeral mass see www.sullivanfuneralhome.net.

Share Your Memory of
Virgil
Upload Your Memory View All Memories
Be the first to upload a memory!