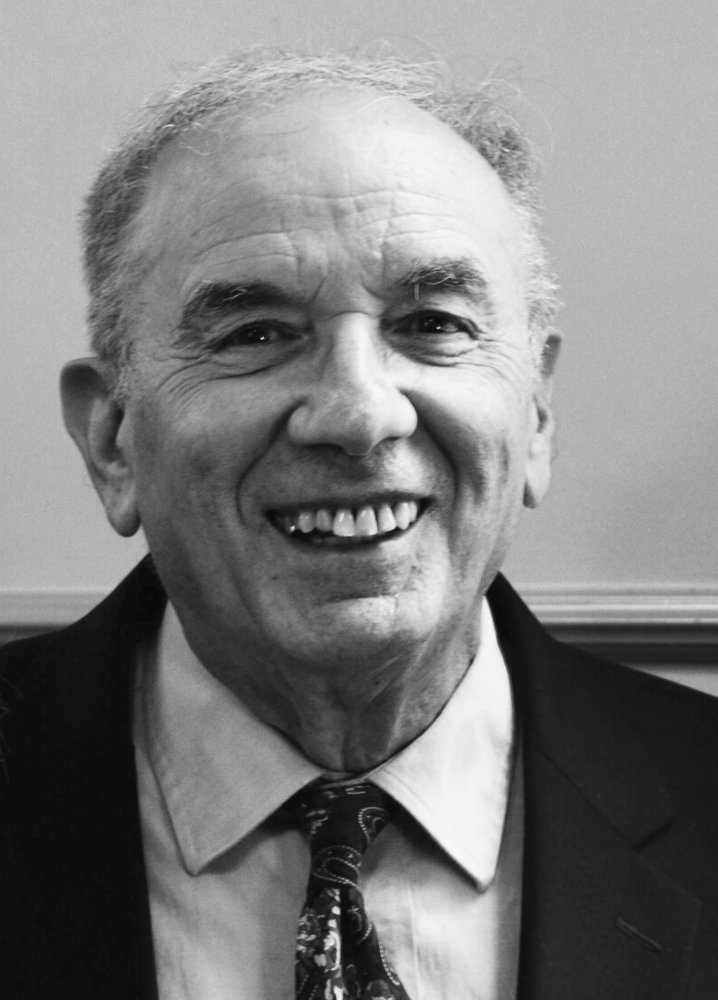 Use the link above to connect to our facebook page (sign in is NOT required) to view a live-stream of the funeral mass, which will begin shortly before 10am on Monday, January 11.

Frank Michael Limoncelli worked for the Boston Globe for over 40 years and retired as the Classified Advertising Manager.  He was also the longest-serving adjunct professor at Bunker Hill Community College.  Frank passed away after a brief illness on Tuesday night, January 5, 2021. He was 87 years old.

Son of Frank and Asunta Limoncelli, Frank was born in the North End of Boston and grew up in a home rich in Italian values and culture. In Frank’s eyes, family was everything and he instilled this heartfelt belief in his children and grandchildren.

Frank was a graduate of Christopher Columbus High School and earned his Bachelors Degree in Economics and Management from Northeastern University.  As a student, he took a position as a messenger at the Boston Globe. There he met and became friends with Bill Taylor, whose family owned the newspaper. They maintained a friendship for over 40 years, long after both had retired.

During his tenure at the Globe, Frank’s charm and natural people skills helped him rise through the ranks to become the head of the Classified Advertising department.  He was beloved by all his co-workers, many of whom he supported and mentored through their own careers.  It was common for him and his co-workers to gather at the famous Jimmy’s Harborside Restaurant for refreshments and revelry on Friday nights.

Frank loved working at the Boston Globe and was immensely proud of the newspaper and the quality journalism that was, and remains, its hallmark. He enjoyed reading the paper every day of his life.

During his years at the Globe he took some classes at Bunker Hill Community College and found his second career. Frank taught Oral Communications for over four decades, achieving superior ranks on Rate My Professor and receiving a couple of red hot chili peppers! His students appreciated his genuine concern, his enthusiasm for the subject, and the wit and humor he brought to every class.

Frank married his sweetheart Barbara whom he met at a USO dance near her home on Staten Island.  They maintained a long distance relationship during his military service in Germany through letters and homemade cookies.  A talented athlete, Frank played shortstop for the Army baseball team, which he much preferred to KP duty.

Frank and Barbara raised four children, Susan and her husband Jay, Carol and her husband Paul, Barbara and her husband David and Frank Jr. and his wife Tiffany, and are the proud grandparents of Amy, Rachel and her husband Corey, Cecily, Jake, Jennifer, Rocco, Valentina and Enzo. He also leaves his beloved sister Grace Rosselli and many loving nieces, nephews and friends.  Frank was predeceased by his parents and his brother, John.

Frank maintained deep relationships with many friends from his childhood in the North End, and with a cohort of workout buddies at the Woburn YMCA (the Y’s Guys!).

Frank’s kindness and empathy were matched by his wit and good humor. He always had encouragement and words of wisdom to share with his loved ones. He will live in their hearts forever.

Frank was the beloved husband of 61 years of Barbara (Springer). Loving father of Susan Limoncelli & her husband John Milligan of Pittsburgh, PA, Carol Shaughnessey & her husband Paul of Pelham, NH, Barbara L’Heureux & her husband David of Burlington, and Frank Limoncelli, Jr. & his wife Tiffany of Woburn. Brother of Grace Rosselli of Stoneham and the late John Limongelli. Proud grandfather of Jake & Cecily Milligan, Amy Shaughnessey, Rachel Steadman & her husband Corey, Jennifer L’Heureux, and Rocco, Valentina, & Enzo Limoncelli.  A visitation will be held at the Edward V. Sullivan Funeral Home, 43 Winn St., Burlington (exit 34 off Rt. 128/95, Woburn side) on Sunday, Jan. 10 from 3-5 p.m. A Mass of Christian Burial will be celebrated at St. Margaret Church in St. Veronica Parish, www.stveronicama.org, 111 Winn St., Burlington, MA on Monday, Jan. 11 at 10 a.m. Services will conclude with a burial in Shawsheen Cemetery, Bedford.  Memorial donations in Frank’s name may be made to the Brain Aneurysm Foundation (bafound.org).

Share Your Memory of
Frank
Upload Your Memory View All Memories
Be the first to upload a memory!