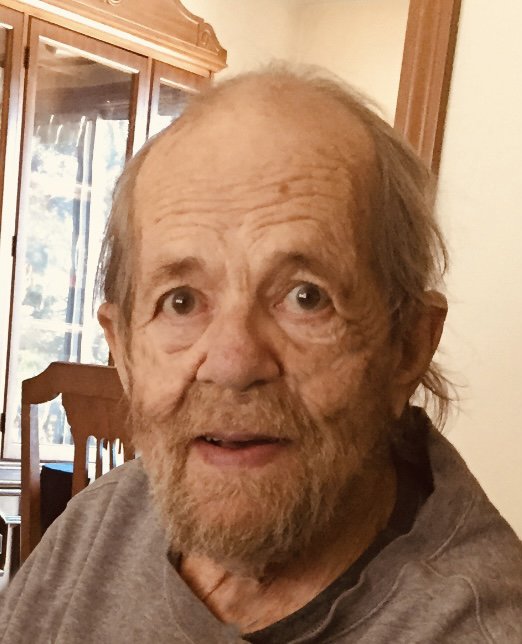 **The live stream of the funeral mass will be done via St. Charles Church.  Go directly to their website www.sccwoburn.com and the Funeral Mass will appear on their website at 10 a.m.**

The funeral is being moved to St. Charles Church, 28 Main St. Woburn.

Andrew Francis Majewski, a retired radio announcer and insurance investigator, passed away unexpectedly on Thursday, January 7, 2021.  He was 83 years old.  Andrew was born in Chelsea, the eldest of five sons born to Andrew C. and Veronica Majewski.  He grew up in Chelsea and he and his family were active members of St. Stanislaus Polish Church where he and his father were members of the church’s choir and where he was an altar boy. Andrew went on to become a “Double Eagle” graduating from both Boston College High School and Boston College.  He had two very diverse careers.  The first and maybe more glamourous was that in his 30’s, he was a radio announcer for about 10 years.  His on-air name was “Andy Francis”. He worked for WHIL, WJIB, and WGBH during those years doing the news headlines and playing country & western and classical music.  He was fortunate to have interviewed a newcomer to country music, Dolly Parton, early in her career when she was on tour with Porter Wagner in the Boston area.  His second career was that of an insurance investigator for Cigna Insurance Co. for well over 20 years.  He specialized in auto and personal injury investigations where he had an intuitive sense for recognizing legitimate and fraudulent claims. He wrapped up his career as an independent investigator.

If Andrew could have entered another career it would have been as a horticulturist - he loved flowers.  It was flowers that brought him and his wife together.  The story goes that Andrew was with his uncle and horticultural mentor, Father Steve, a Jesuit priest, and they were planting flowers at the home of the Dowgiallo family.  Their 16-year-old daughter, Jane, took a notice of the priest’s assistant, a romance followed, and wedding bells followed four years later.  Fittingly, it was Father Steve who married them.

Andrew’s home in Burlington had magnificent flower beds that he spent endless hours tending to along with all his trees and shrubs.  Something he learned from his uncle Stephen was how to hybridize or crossbreed different varieties of flowers.  He particularly enjoyed working with lilies and gladiolas.  He became so astute at the process that he created several unique named-varieties of gladiolas, one of which is called “ASM”, named after his son, Andrew Stephen Majewski. He was a longtime member of the Massachusetts Horticultural Society.  He was particularly proud of his uncle for having held a position at the Vatican under Pope John Paul II during the 1980s, and one of his most cherished possessions is a photo of Father Steve holding audience with the Pontiff.

A little-known passion and hobby of his was that he was an aspiring, though unpublished, cartoonist, specializing in the one-panel cartoons that are typically seen in the likes of The New Yorker.

Andrew was devoted to his family.  He and his wife, Jane Judith (Dowgiallo) Majewski shared 57 years of their own version of “marital bliss” together. He was so proud of his son, Andrew Stephen Majewski and all his accomplishments in school, at work, and as an adult.  He was overjoyed to welcome his daughter-in-law, Myra/Lucy (Garza) Majewski, into his family, whom he adored, and was even happier when she gave them a grandson, Hunter Rock Majewski, whom he cherished.  Andrew was the brother of Frank Majewski of Dracut, John Majewski of NH, the late Stephen Majewski, and Christopher Majewski of Chelsea.

9:15 am – His son Andrew will be live-streaming a short, ten-minute virtual viewing of the casket from Sullivan Funeral Home in Burlington via Zoom for those who wish to simulate attendance at a traditional wake. Please feel free to join for a silent prayer over the casket and final viewing of Andrew Francis Majewski. (Zoom link will be emailed to you separately by Andrew.)

Services will conclude with a eulogy and burial at St. Joseph Cemetery, 96 Riverneck Rd, Chelmsford. Poor internet connectivity at the gravesite prevents this from being live streamed, but it will be recorded and the link will be available later in the afternoon by clicking on this link:  LINK to graveside service & family remembrance

Share Your Memory of
Andrew
Upload Your Memory View All Memories
Be the first to upload a memory!