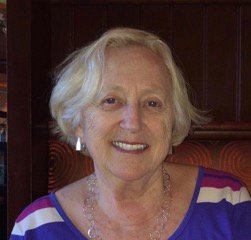 Anneliese Schlosser was born to Josephine and Edward Fetzner on July 6,1931 in Konstanz, Germany. She came to the United States at the age of 23, as an Au Pair for a prominent family in Dallas, Texas. Joining the family in a relocation to Boston, she met a fellow countryman, the late Heinz -Egon Schlosser, in an evening English class.  Together they learned the English language and later were married in 1958.  Anneliese worked at the Kennedy Memorial Hospital as a Pediatric Nurse for many years. Although sometimes very difficult, she found this to be the most rewarding job she had every had.  In 1962, the couple moved to the Town of Burlington, where they raised two children. She resided in Burlington until 2011, when she then moved to Brooksby Village, in Peabody. She always spoke of the Town of Burlington with great fondness and many memories. Anneliese was a dedicated wife, mother and grandmother. She loved spending time with her family, visiting with friends, playing cards and entertaining with cook-outs and dinners. She was always welcoming to all.  Anneliese leaves behind her two children. Hans-Peter Schlosser, of Austin, TX and her daughter Heidi Sargent, and son-in-law Tom of Newbury, MA, and the two loves of her life, her grandchildren Zachary and Tyler.  Anneliese will be remembered as a strong, gracious and thoughtful women who always thought of others first. She will deeply be missed by her children, grandchildren, friends and all those lives she touched.  Rest in eternal peace Oma.

Share Your Memory of
Anneliese
Upload Your Memory View All Memories
Be the first to upload a memory!