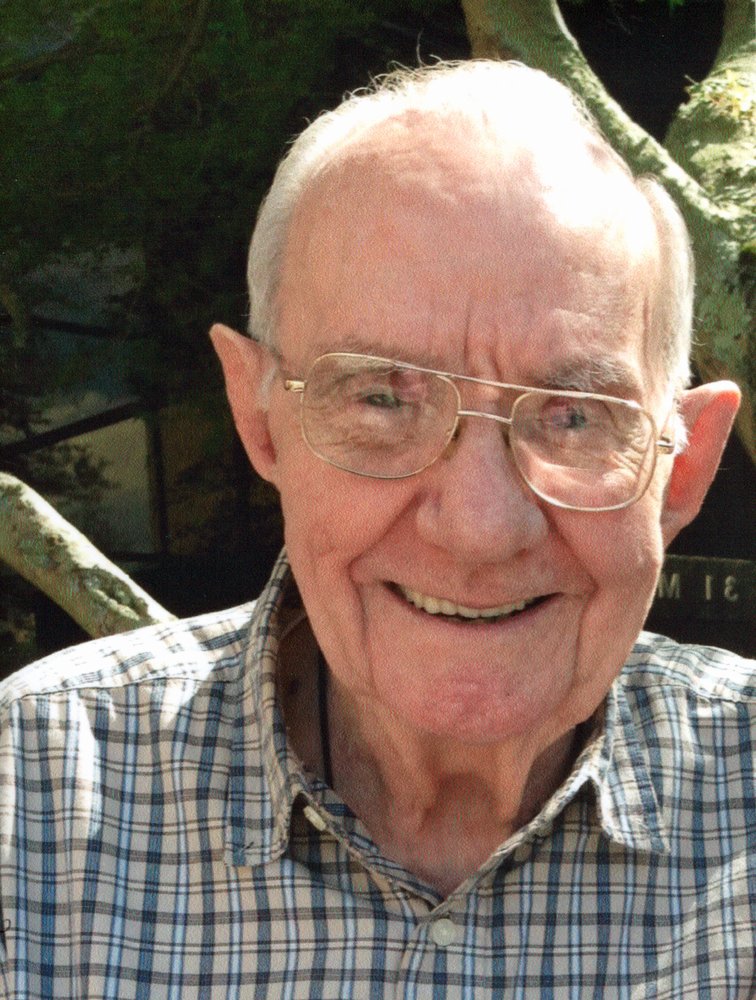 To view the Funeral Mass for John on Monday at 11:00 a.m. go to the live stream at St. Eulalia's Church

John Fallon Sullivan, beloved husband of the late Mildred (Meehan) and retired electrical engineer, passed away at the Lahey Hospital and Medical Center on Tuesday, Feb. 2, 2021.  He was 94 years old.

Born in Meridian, Mississippi, John was one of five children born to the late Theodore and Christine Sullivan and was raised and educated in New Jersey.  He graduated from St. Mary’s High School in Rutherford, New Jersey.  He began dating his future wife, Mildred Meehan, at his senior prom.  At the age of 16, during World War II, John joined the United States Navy, achieving Aviation Cadet’s rank. After his discharge, he graduated from Stevens Institute of Technology, a private research university in Hoboken, NJ.  He received both his Bachelor’s and Master’s Degree from Stevens.   John and Mildred married in 1949.   They lived in Rutherford, Bloomfield, and Upper Montclair, NJ, in Wellesley, Concord, and for the last 37 years in Woburn.

John had a long and successful career as an electrical engineer at MITRE Corp. in Bedford. While working at MITRE, John was part of the AWACS project, a mobile, long-range radar surveillance for air defense that protected our country during the Cold War.  He retired in 1991.   John had many interests and hobbies.  He enjoyed using his computer to intently follow the stock market or play an occasional card game for fun.   John enjoyed his home and took great pride in his flower, rock, and vegetable gardens.

During recent years John lived at Country Club Heights in Woburn. He loved his home there and was one of the  “ambassadors” for his floor, welcoming new residents.  With his calm and quiet demeanor, it was the perfect role for him. John will be remembered as a loving husband, father, grandfather, and great grandfather.