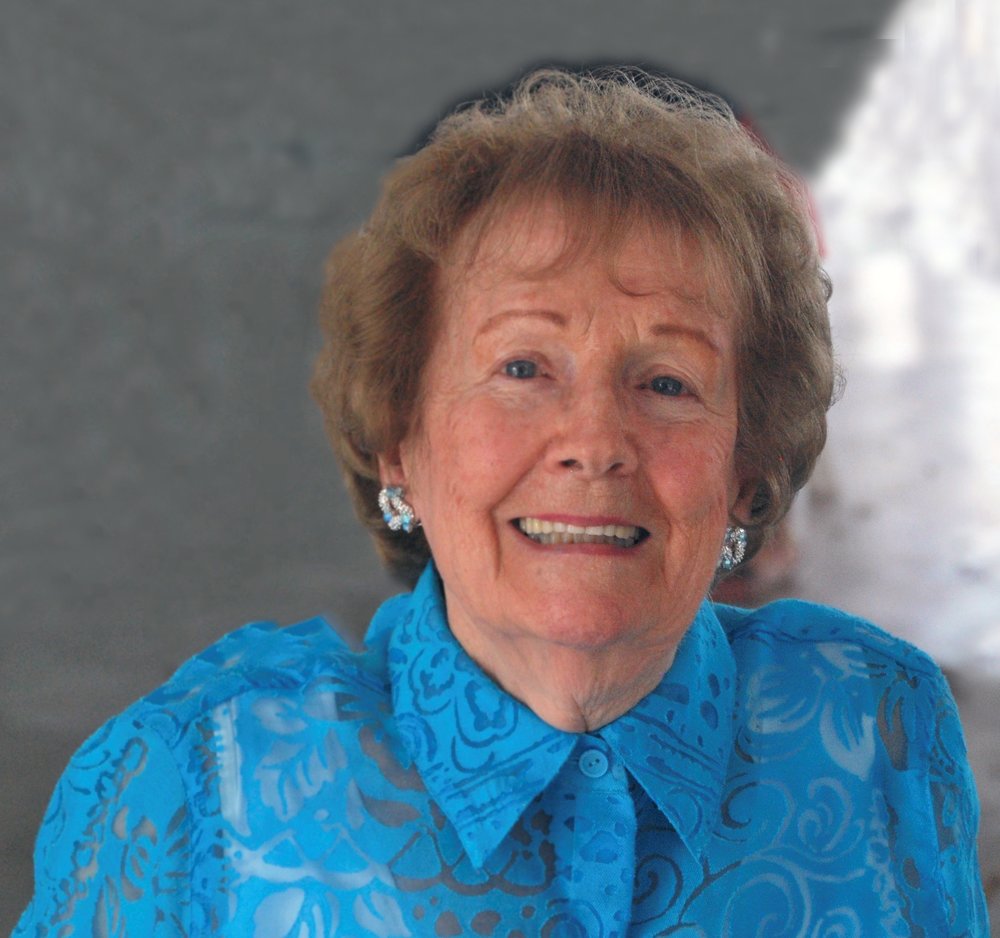 Patricia Margaret “Pat” Litchfield, a lifelong resident of Burlington passed away on Friday afternoon, February 12, 2021.  She was 93 years old.  Pat was born in the family homestead on Edgemere Ave. in the Winnmere section of Burlington in 1927, and spent all 93 years as a Burlington resident.   She was one of nine children born to Irish immigrants, Michael and Julia Connors.  Burlington was just a small farming community at the time with a population of approximately 900 residents.  She attended St. Charles, in Woburn, MA for all 12 years of her schooling.  Pat worked as a bookkeeper for most of her career, starting at Winchester Cooperative Bank, continuing with R.J. Kelly Company, Industrial Tire Co. and the Café Escadrille.

It was at her older brother’s basketball game in 1947 where she met her soon to be husband, Raymond Litchfield.  They married in 1949 and were blessed with five children.   In 1969 Pat’s heart was broken when, after a brief illness, Ray passed away at the age of 45.  From then on, it was Pat who took the reins and has guided her family ever since.  She was a strong role model to her children with her strength, selflessness, perseverance, and grace.  She supported her children in their education, activities, businesses, and as parents.  She was always there to lend a helping hand, a word of advice, and support them.  She was the longtime matriarch of the Litchfield and Connors clan.  She loved to cook and loved family time spent at the dinner table or sipping a cup of tea.  In her day, she was a competitive candlepin bowler winning numerous trophies including “High Single” and “High Triple” on numerous occasions.  She continued bowling until the age of 81.  She also enjoyed a good game of cards with family and friends.  She was known as an astute Cribbage player and took on all commers.

She loved to travel.  In 1967, she, her husband Ray, and her mother Julia, spent a road trip driving cross country to California and back.  There was another memorable trip to Ireland with family in 2001, where she was able to see the family homestead and meet her extended cousins for the very first time.  It was a trip she later described as deepening her Irish heritage with everlasting memories.  There were also many family vacations with children and grandchildren including Caribbean cruises, a train tour through the Canadian Rocky Mountains, Disneyworld, and many more.

Pat was a dedicated mother first and foremost. She treasured her children and embraced every moment with them. She especially loved her role as Grammy and Gigi. She had a lively personality and always made people around her laugh and feel appreciated. She was part of Burlington’s history and treasured past, but also part of Burlington’s growth and maturity.  She was an elegant woman, protective mother, and a dear friend.  Her life touched so many people, her boundless energy, kindness and selflessness will continue to inspire those who were lucky enough to know her and be loved by her.  Whether you knew her as Mrs. Litchfield, Patricia, Pat, Patsy, Auntie Pat, Gigi, Grammy or Mom……. she will always be remembered, respected, and loved.