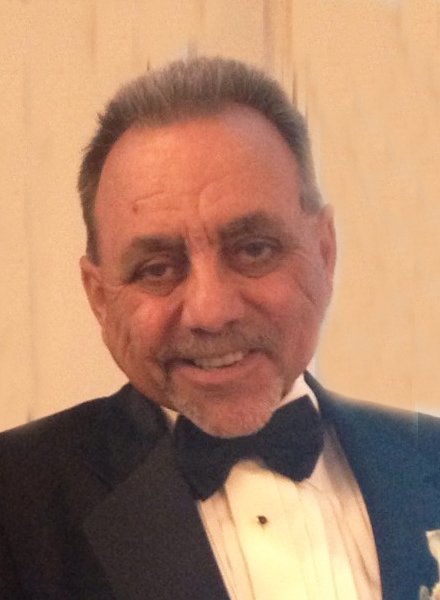 You may watch a livestream of funeral mass on the St. Charles' website on Saturday, Feb. 20 at 10 a.m.  www.sccwoburn.org  or click on this link: LINK to view funeral mass

On Sunday February 14, Steve Valente, loving husband of Laurie (Downer), father and grandfather passed away at home surrounded by his loving family. Steve was born in Cambridge, raised in Burlington, and moved to Dracut to raise his family. Steve graduated from Northeastern University and worked as a project manager at DataCon for 38 years prior to retiring.

Steve and Laurie met on Valentine’s Day 34 years ago and were blissfully married for 30 years. Steve was always so giving to others. He was well known for his quick wit, his infectious smile, and his kind and compassionate spirit. Steve also had the personality described as humble, caring and altruistic. Living with multiple medical issues made him appreciate every day with his family. For Steve, each day was a gift from God.

Steve had a passion for cars and owned numerous sports cars over the years. His most recent was a Cadillac CTSV, that he loved to drive up to the White Mountains. Steve also enjoyed riding his Harley with his wife taking long rides whenever possible all throughout New England. He really treasured numerous bike rallies in Laconia, Myrtle Beach, and his most memorable trip to Sturgis with his brother Louie. Steve enjoyed traveling to Bermuda, and his favorite, Aruba “The Happy Island”. He took his kids to Disney World and most recently his grandchildren. It was precious to watch the expressions on their faces walking down Main Street for the first time.

Steve was all about spending time with his family making beautiful memories. Every Labor Day for about 12 years the whole Valente family would go camping, and Steve made sure everyone was well fed and was known for his famous breakfast sandwiches. Steve was a passionate fan of New England sports teams, Bruins and Patriots and he never turned down a chance to watch a Nascar Race in the man cave. “Who would of thought?”

Visiting hours will be held at the Edward V. Sullivan Funeral Home, 43 Winn St., Burlington (exit 34 off Rt. 128/95, Woburn side) on Friday February 19 from 5-7pm.  Funeral from the Sullivan Funeral Home on Saturday, February 20 at 9 am. Followed by a Mass of Christian Burial in St. Charles Church, 280 Main St., Woburn at 10am.  Services will conclude with a burial in Woodbrook Cemetery, Woburn.  Memorials in Steven’s name may be made to the American Heart Association, 300 5th Ave, Waltham, MA 02451. For directions, obituary, online guestbook, video tribute, and committal prayers and eulogy at cemetery see www.sullivanfuneralhome.net.

Share Your Memory of
Steven
Upload Your Memory View All Memories
Be the first to upload a memory!