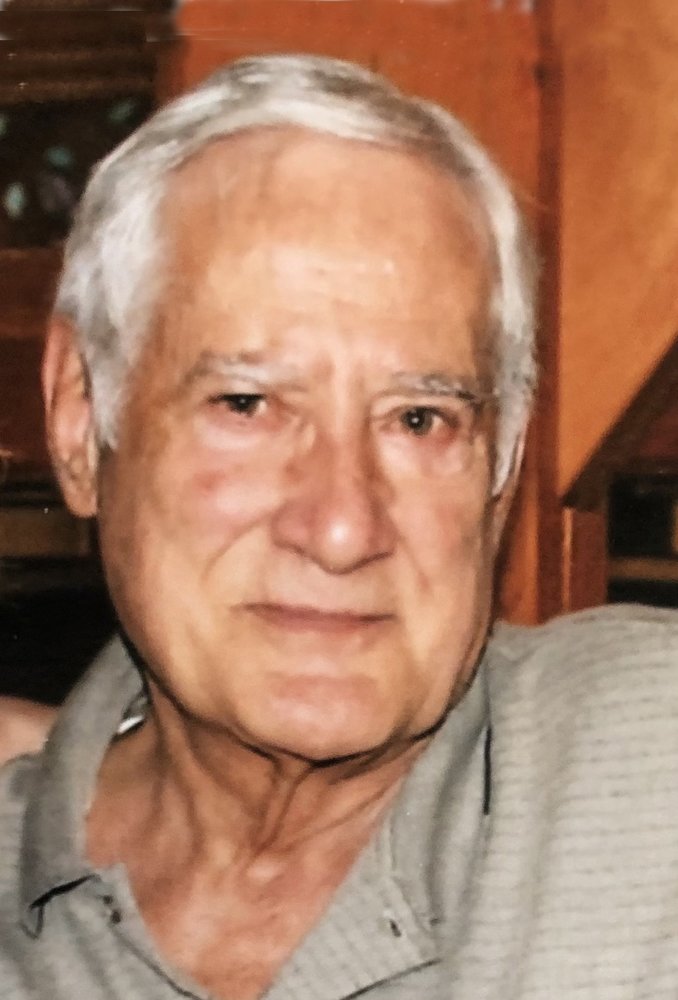 Ernest Joseph Romeo passed away on Sunday, February 14, 2021 at the Lahey Medical Center. He will remain forever in our hearts.  The beloved husband of Mary Theresa (Jannino) for 63 years, he had just celebrated his 91st birthday in January.

Ernest was born, raised, and educated in Revere. He was the fifth son of the late Frank and Concetta Romeo.  He served his country in the United States Army during the Korean War.   He achieved the rank of sergeant First Class and was the recipient of the National Defense Service Medal, United Nations Service Medal and the Korean Service Medal with 3 Bronze Stars.

Ernest would meet his future wife Mary Jannino at a dance in Boston.  They married on April 12, 1958 and settled in Burlington in the early 1960’s where they would raise their six children.  He worked as an Electrical Designer at Sylvania GTE for over 30 years.  Ernest was precise in everything he did; whether designing and building a shed, a basement playroom, brick walls-not stopping even in the pouring rain, a greenhouse, and the countless other projects in and around his home.   He was a passionate gardener who extended the growing season by sprouting seedlings every winter. He was famous for his pickled peppers, tomato salad, and squash ratatouille, which he served with pride and joy especially at the annual Romeo golf outing.  He was an outdoorsman who took great care in landscaping his home.  A self-taught guitarist, he enjoyed playing while singing songs and entertaining us all. If he didn’t have his guitar, he would encourage others to participate in his karaoke, even if you couldn’t sing, enjoyment and laughter was had by all.

Ernest went to the extent to build a meticulous ice rink in the backyard equipped with flood lights for night skating.  He was an avid sports fan; an enthusiastic supporter of the Bruins.

Together with his family, he created many special memories at their home in Centerville where they would vacation for over 30 years.  Relaxing on his Pontoon boat, with son Ron as captain and his adult children all onboard, where even an occasional dance might happen, Ernie was in his glory.  His grandchildren nicknamed him the GOAT and will always remember him as the greatest of all time.  A good and gentle man, easy to talk to with a great sense of humor, Ernest will be enormously missed.

Share Your Memory of
Ernest
Upload Your Memory View All Memories
Be the first to upload a memory!
Share A Memory