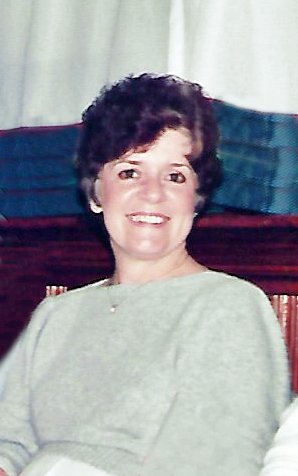 The above link will bring you to a live stream of the funeral service.

Ruth Marie Creekmore passed way at Sunrise Assisted Living on Thursday, February 18, 2021.  The beloved wife of the late Roger L. Creekmore, she was 88 years old.  Ruth was born in East Boston.  She was the daughter of the late Elsie and Edmund Jones.  Ruth was raised in East Boston and a graduate of East Boston High School.  Ruth would meet her future husband Roger, who was in the Navy at the time, at a dance at the NCO club.  They married in April of 1958. Ruth and Roger lived in East Boston for a few years before moving to Burlington where they would raise their two sons.

Ruth was devoted to her family. She had a nurturing nature about her.   She was always there for her sons and never missed any of their sporting events. Ruth was also an important part of her grandchildren’s lives and helped care for them when they were younger.    She had a close relationship with her family in East Boston and always looked forward to family visits.    Ruth enjoyed dancing, family cookouts and any occasion that involved her family.  Her faith was an important part of her life and she was a longtime member of St. Mark’s Episcopal Church in Burlington. Ruth with be remembered as a loving wife, mother, grandmother and great grandmother whose greatest joy was her family.

In lieu of flowers memorials in Ruth’s name may be made to Compassionate Care Hospice, 800 West Cummings Park, Suite 3100, Woburn, MA 01801.   Arrangements under the direction of the Edward V Sullivan Funeral Home, BURLINGTON>