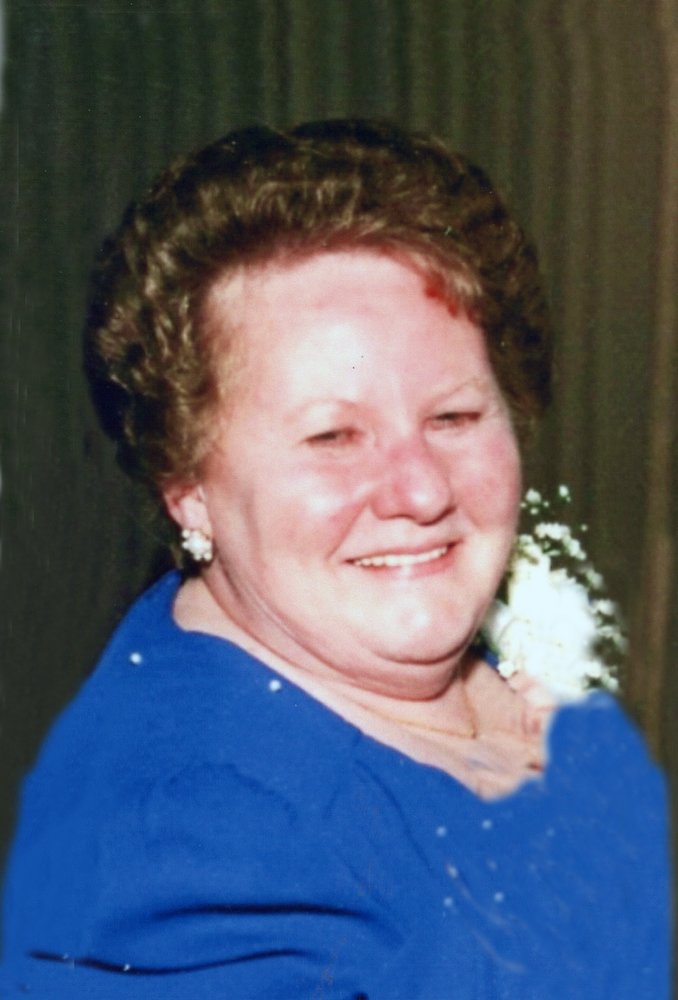 Arlene Cecelia Cameron, a loving wife, mother, grandmother, and great grandmother passed away peacefully at her home surrounded by her family on Thursday afternoon, February 25, 2021.  She was 82 years old.  Arlene was born in Boston.  She was one of five children born to Carlton and Doris Trueman.  She grew up in Roxbury, Dorchester, and Jamaica Plain.  She was a graduate of Girls High School in Boston.  She had worked at Federal Envelope in Medford for over 15 years.

Arlene was really the girl who married the boy next door.  Arlene and her husband, Jim, lived in homes that backed up to each other in Boston.  They went to grammar school together and both graduated from high school in 1956.  They were married the following March of 1957.   They would have celebrated their 64th wedding anniversary on March 2.  They raised their 5 children in Somerville where they had made their home for 35 years.  Their retirement years were spent living in Tewksbury and most recently in Burlington with their son John and his family.  She was a bit of a homebody.  She never got on a plane, most vacations were car or bus trips, and only once was she convinced to go on a cruise.  She enjoyed going to Bingo with her girlfriends.  What she really enjoyed was being “Nannie” to her 10 grandchildren.  To lend a helping hand to her working children and their spouses, Arlene and Jim helped take care of their grandchildren.  She would help them with their homework after school, teach them how to bake, go to their school events, and shower them with love.  Before her mobility became limited, she enjoyed shopping for bargains and striking up a conversation with almost everyone she met.  Sometimes her “Sassy” side came out with her quick responses, candor, and feistiness.  In her later years she liked keeping her mind sharp by doing puzzles, crossword, and word searches.  She will be lovingly remembered and always be missed by those she loved.

Arlene was the devoted wife of James “Jim” Cameron of Burlington.  She was the loving mother of James Cameron, Jr. of Pembroke, NH, Jeannemarie Jones & her husband Neal of New Boston, NH, Richard Cameron of Charlotte, NC, John Cameron & his wife Lauren of Burlington, and Nancy Biagioni & her husband Joseph of Atkinson, NH.  She was the sister of Robert Trueman of Sturbridge, the late William Trueman, Anne Warner, and Carlton Trueman.  She was the proud “Nannie” to Timothy Cameron, Matthew Cameron, Samantha Cameron, Amanda Cruz,  Catherine Jones, Christian Cameron, Chloe Cameron, Alyssa Cameron, Nicholas Cameron, and Andrew Cameron. She was the great grandmother of Aaliyah, Mason, Kylee, Vanessa, Caiden, Emma, Nora, and Amelia.

A visitation will be held at the Edward V. Sullivan Funeral Home, 43 Winn St., Burlington (exit 34 off Rt. 128/95, Woburn side) on Sunday, February 28, 2021 from 2 to 4 p.m. Funeral from the Sullivan Funeral Home on Monday, March 1 at 10 a.m. Followed by a Graveside Service at Puritan Lawn Memorial Park, 185 Lake Street, Peabody at 11 a.m.  Relatives and friends are respectfully invited.  Memorials in Arlene’s name may be made to VNA Care Hospice, 100 Trade Center, Suite 500, Woburn, MA 01801.  For tribute video and online guestbook see www.sullivanfuneralhome.net

Share Your Memory of
Arlene
Upload Your Memory View All Memories
Be the first to upload a memory!