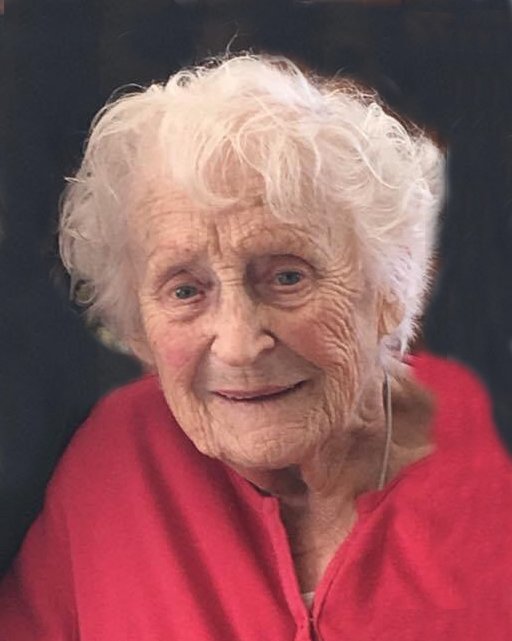 LINK to the Funeral Mass.

Elsie M. (Johnson) Donovan, a resident of Burlington for 67 years, passed away at the Winchester Hospital on Wednesday morning, March 17, 2021, she was 96 years old.

Elsie was born and raised in Somerville.  She was a 1942 graduate of Somerville High School.  As a child Elsie enjoyed spending summers on the family farm in Boscawen, New Hampshire.  It was while on a blind date that she would meet her future husband Frank Donovan.  They married in 1946 and moved to Burlington in 1954 where they would raise their eight children.  Elsie and Frank were very involved in St. Margaret’s church when the church just first opened.  She was a member of the Catholic Daughters and supported Frank with his membership and activities with the Knights of Columbus. They made many lifelong friendships through the church and the K of C.

Elsie devoted her life to creating a warm and loving home for her family.  Wednesday nights were an important time at the Donovan household when they would all come together for a family meal.  Elsie was a resilient and strong woman who did whatever it took to take care of her family.  When Frank’s health began to decline and he started to lose his eyesight, Elsie, at the age of 40, got her driver’s license.  At the age of 50 she went to work at the Stop and Shop in Lexington.  Elsie also faced immense sadness in her life with the death of her husband Frank, the loss of two of her children to cancer and the death of two grandsons.

Elsie enjoyed her monthly trips to Foxwoods and her weekly bingo games with her friends.  Her children, grandchildren and great grandchildren were the center of her life.  She was so very proud of all of them and to her “they all walked on water”.  Family gatherings and holidays were always a special time for Elsie and her family.  Elsie was known for her welcoming hugs, her great sense of humor and having a “twinkle” in her eyes.   She will be remembered as a kind and genuine woman who always put the needs of her family first.  Simply said – her family is her legacy.

Share Your Memory of
Elsie
Upload Your Memory View All Memories
Be the first to upload a memory!
Share A Memory