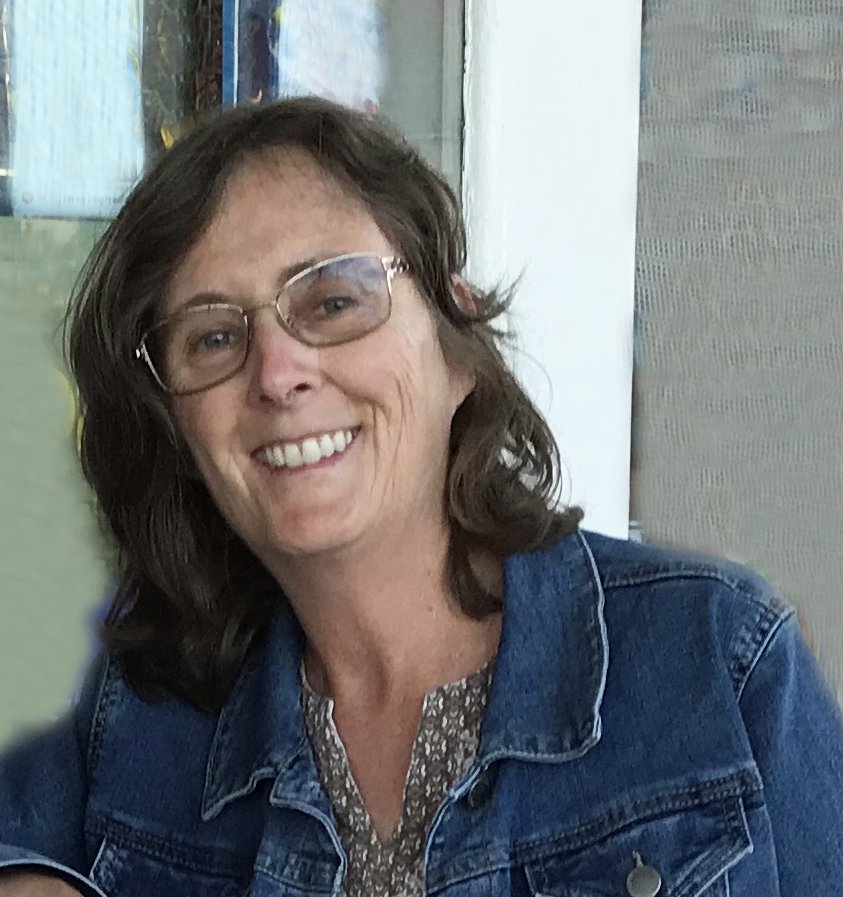 Click this link to view the Funeral Mass at 10 AM on March 24.

Donna Marie (Doherty) O’Rourke, wife of Owen J. O’Rourke for 36 years, died on March 18,  2021. She was 59 years old. Donna was born in Medford on October 10, 1961 to Dolores (Daley) and the late Edward Doherty.  She was raised in Burlington and graduated from Burlington High School in 1979.  In 1983 she earned her Bachelor’s degree in Journalism from Boston University.  After graduating, she went to work for several publications as a reporter and editor, including the Minuteman weekly newspapers, the Haverhill Gazette, and the Lowell Sun. She met her husband Owen, a photographer, while she was employed as an intern at Minuteman and they were married in 1984.  They lived in Methuen for eight years before settling in Woburn.  While their daughter, Michelle, was attending Joyce Middle School, Donna volunteered at the school’s library. In later years, she was employed as a quality systems administrator and documentation specialist at medical device companies, including Cambridge Heart, OPKO Diagnostics, and MicroMedicine.

Donna’s life revolved around her husband, Owen, and her daughter Michelle.  They shared wonderful memories at their family’s summer cottage at Sebago Lake in Maine.  Donna also enjoyed family trips to Yosemite National Park, San Francisco, San Diego, Washington D.C., Walt Disney World, Scotland, and Ireland.  She loved getting together with the extended O’Rourke and Doherty families to celebrate holidays and football season.  She was a woman of faith, a longtime communicant of St. Barbara Church, and proud to see her daughter follow her faith in her education and career path.  Donna and Owen also shared an affinity for reading and writing.  Before her illness she was a participant in writing groups at the Wilmington Memorial Library.  Over the years, whenever Donna sent cards and letters to her family and friends, she always wrote a very personal note to each individual highlighting their value and importance in her life.  Her kindness and sense of humor will be missed and remembered fondly by all.  She courageously fought her yearlong battle with Leukemia always worrying about her family’s well-being over herself.

Visiting hours will be held at the Edward V. Sullivan Funeral Home on Tuesday, March 23 from 5-7 p.m. Funeral from the Sullivan Funeral Home on Wednesday, March 24 at 9 a.m. Followed by a Mass of Christian Burial in St. Barbara Church, 138 Cambridge Road, Woburn at 10 a.m. The interment will be private.  For a livestream of the funeral service see www.facebook.com/woburncatholiccollaborative. For online guestbook, video tribute, and obituary see www.sullivanfuneralhome.net. Memorials in Donna’s name may be made to the Leukemia Society.

Share Your Memory of
Donna
Upload Your Memory View All Memories
Be the first to upload a memory!
Share A Memory