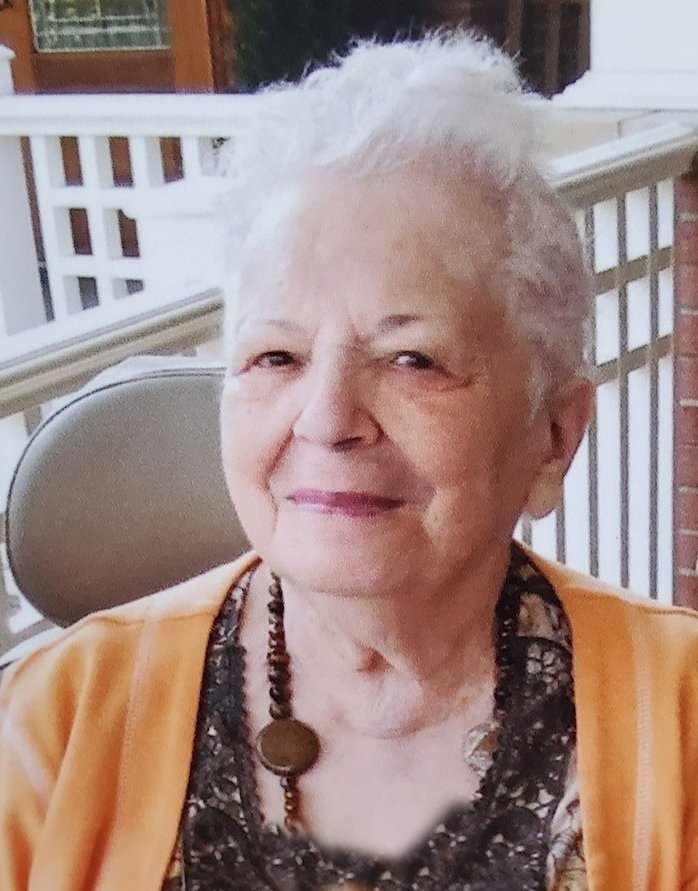 Angela P. (Cuozzo) Tansino passed away at the Woburn Nursing Center on Sunday morning March 21, 2021. The beloved wife of the late Francis J. Tansino, who passed away in 2008, she was 96 years old.

Angela was born and raised in Brooklyn, New York. She was the daughter of the late Daniel and Rose Cuozzo.  She would meet her future husband, Francis, through their parents, who were very close friends.  They married in 1948.  Francis’s job would bring them to Massachusetts in 1962 and they eventually settled in Burlington.  Angela worked as a Receptionist at High Voltage Engineering in Burlington for over 15 years.  She loved her job and her interaction with her co-workers. Her primary role was that of wife and mother.  There wasn’t anything she wouldn’t do for her family. Angela and Francis had a wonderful 60-year marriage.    When her sons were younger, they enjoyed taking trips to the Poconos Mountains to visit her sister Jean. Angela was a supportive and caring mom to her two sons Gary and Gregg.  Angela’s greatest joy were her five grandchildren Joseph, Danielle, Cristina, Marissa and Nicolas. She was so proud of all their accomplishments.

During their retirement years Angela and Francis enjoyed taking trips to Foxwoods in CT, day trips throughout New England and some exciting destinations such as Greece, Italy, and the Virgin Island.  Angela will be remembered as a loving wife, mother, and grandmother.

Angela was the beloved wife of the late Francis J. Tansino. She was the loving mother of Dr. Gary Tansino & his wife Deborah of Wallingford, CT and Gregg Tansino of Nashua, NH.    Proud grandmother of Joseph, Danielle, Cristina, Marissa & Nicholas.   Sister of the late Michael Cuozzo and Jean Rusinski.  A visitation will be held at the Edward V Sullivan Funeral Home, 43 Winn St., BURLINGTON (Exit 34 off Rt. 128/95 Woburn side) on Wednesday, March 24 from 11 a.m. – 12 p.m.  Followed by a Mass of Christian Burial in St. Margaret’s Church in St. Veronica Parish, www.stveronicama.org at 12:30 p.m.  Services will conclude with burial in Pine Haven Cemetery, Burlington.

Share Your Memory of
Angela
Upload Your Memory View All Memories
Be the first to upload a memory!
Share A Memory