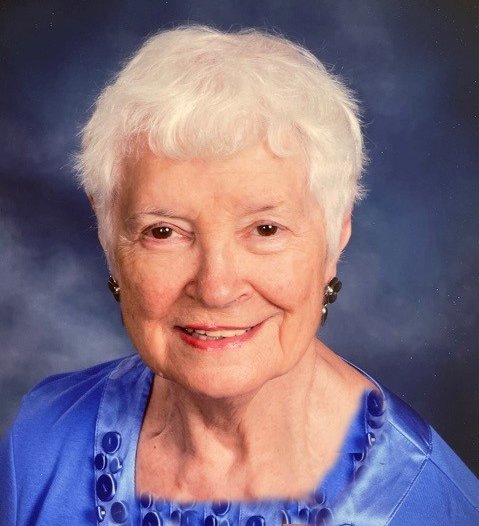 The above LINK will bring you to our facebook page (sign-in is NOT required).  A live-stream of the funeral mass will be available a few minutes before the actual start time, Saturday, March 27th @ 10am.

Angela Reed, a retired registered nurse, passed away after gracefully dealing with Alzheimers, on Monday, March 22, 2021. She was 90 years old. Angela was one of 9 children born to William (Old Mossy) and Mary Close in the small town of Larne, County Antrim, Ireland. Her family home in Larne also housed the very popular Mill Bar, a true Irish pub. She and her family were constantly surrounded by patrons, good company, good cheer and the occasional pint of Guinness. At the age of 12 she left home for boarding school at Port Stewart in County Derry. She and her sisters loved their time at the picturesque school on the cliffs of the Atlantic Ocean. She excelled at Camogie, a classic Irish sport. The school was run by Dominican Nuns which furthered Angela’s devotion to her Catholic faith. She was fortunate to follow her dreams of becoming a nurse and in 1951 began her studies at the Royal Victoria Hospital in Belfast, Northern Ireland. She worked as a midwife in the Elsie Inglis Hospital in Edinburgh, Scotland. It was there where she assisted in the birthing of hundreds of children, something that she absolutely adored. In 1956 this skill came in handy while staying with her sister Imelda, who went into labor. Angela was with her sister for the birth and became godmother to Imelda’s son, Ciaran.

In 1961 she sought out opportunity and adventure and looked to the United States where she took a one year contract at the Lynn Hospital, in Lynn, Massachusetts. Many of her family, including her young nephew Michael Lancaster, saw her off at the port in Liverpool, bittersweet at the prospects of their beloved Aunt emigrating to America. Angela enjoyed the six day voyage, the highlight was dining at the captain’s table one evening.

She would go on to stay in Massachusetts and meet her future husband, Donald Reed, at the Officer’s Club in Hanscom Air Force Base. A romance ensued and they were married and moved to Harvard Square before settling in Burlington to raise their family. She worked several other positions over the years including as the company nurse at RCA in Burlington, a nurse at the Carlton Willard Nursing and Rehabilitation Center, and a nurse at the Lahey Clinic Medical Center.

Angela was very proud of her Irish heritage and upbringing. She was a delightful cook and served many of the recipes she learned in her mother’s kitchen in Ireland. She enjoyed passing those recipes and love of cooking onto her grandchildren, where she would spend hours baking and cooking with them.

She was an active member of St. Malachy Church where she attended mass, taught CCD, volunteered in the office, and participated in the monthly soup kitchen.

Angela also walked daily with the O'Brien’s for decades, an activity she thoroughly enjoyed and which kept her young and fit.

Angela loved to travel. She would fly to New York and spend weeks at a time with her family in Brooklyn. She had a special relationship with Madonna, her daughter-in- law, who would look after her during her visits to the Big Apple. They would also take vacations to visit family in Los Angeles. There were countless family vacations to Ireland with her husband and children so they could visit with family and friends, have an understanding of her upbringing, and keep her family bond strong. She was thrilled to have children and grandchildren with her for a family reunion in 2011 and one last trip with her son, daughter and granddaughter in 2018, where she and her sister Eithne reminisced one final time about their childhood.

She loved being a grandmother and holding a special place in their hearts. She was always available to lend a helping hand in babysitting, and loved seeing them growing up, at school events, religious occasions, sports, and on vacations. She was particularly proud that all of her grandchildren were altar servers and enjoyed attending their masses.

In her twilight years, she moved to Brooksby Village and made a very special friend in Tom Pendergras. They enjoyed their time together and both eventually spent their remaining days at Avita of Newburyport, receiving wonderful care from the team.

She was a wonderful wife, mother, grandmother, sister, aunt, and friend that will be sadly missed and forever be remembered.

Angela was the beloved wife of the late Donald C. Reed, with whom she shared 38 years of marriage. She was the loving mother of Deirdre Gibbs & her husband Steve of Danvers, MA and Donald Reed & his wife Madonna of Brooklyn, NY. She was the proud grandmother of DJ Reed, Roman Reed, Savannah and Trevor Gibbs. She was the sister of Imelda Burns of England, the late Anna Heggarty, Maureen Lancaster, Philomena Meehan, Eithne O’Connell, William, John, and Tess Close. She was also survived by 27 nieces and nephews and many more great nieces and nephews.

A visitation will be held at the Edward V. Sullivan Funeral Home, 43 Winn St., Burlington on Friday, March 26 from 5-7 p.m.  A Mass of Christian Burial will be held in St. Charles Church, 280 Main St., Woburn on Saturday, March 27 at 10 a.m. Services will conclude with a burial in Chestnut Hill Cemetery, Burlington. Memorials in Angela’s name may be made to the Smile Train, www.smiletrain.org, 633 Third Avenue, 9th Floor, New York, NY 10017.

Click on the LINK at the top of this page to view a livestream of the funeral mass is available at www.facebook.com/scbpc.

Use the tab on the top left of this page to sign the on-line guestbook and view the video tribute.

Share Your Memory of
Angela
Upload Your Memory View All Memories
Be the first to upload a memory!
Share A Memory