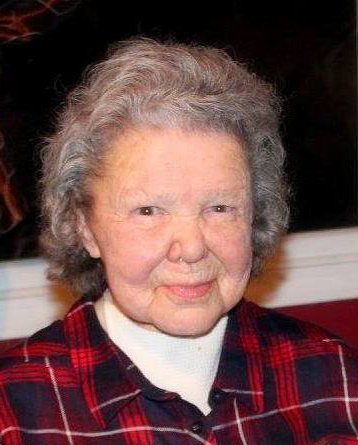 Barbara J. (Jackson) Svenson, passed away at the Lahey Hospital & Medical Center on Monday, April 5, 2021. The beloved wife of the late Carl Svenson, she was 89 years old.

Barbara was born, raised, and educated in Arlington. She was the daughter of the late George and Eleanor Jackson.   After school, her family moved to the Nutting Lake section of Billerica.  She went to work at a local diner in Woburn where she would meet her future husband Carl, who was a frequent visitor. They married in 1954 and eventually moved to Burlington where they would raise their seven children.

In addition to raising her seven children she worked full-time as an assembler at Sweetheart Plastics in Wilmington. Barbara worked the 11 p.m. to 7 a.m. shift so she could be there for her children during the day.  Barbara had a bit of an adventuresome side to her and would think nothing of piling up her 7 children in the family station wagon, as well as her sister Marjorie and her 7 children, and go on a road trip.  They were spontaneous trips and the kids never knew where their Mom and Aunt were taking them.   Some trips were a trip to the local ice cream parlor and others were more exciting trips to locations such as Canada, Maine, or New York.  During her retirement years Barbara always looked forward to a trip to the local casino’s such as Twin Rivers or Mohegan Sun.

Barbara’s family was her life. Barbara was devoted to her seven children.  She made sure they would want for nothing and always put their needs ahead of her own.   Since her husband Carl had to travel at times for work, Barbara was the disciplinarian in the family, but she also showered her children with love and pride in all their accomplishments.   She always looked forward to family gatherings. Barbara would be the first person to arrive and the last person to leave.    She had a close relationship with her sister Marjorie and brother George.  Barbara adored her grandchildren and great grandchildren, and nothing made her happier than being a Nana.

Visiting hours will be held at the Edward V Sullivan Funeral Home, 43 Winn St., BURLINGTON on Saturday, April 10 from 11:00 a.m. – 12:30 p.m. Followed by graveside services at Pine Haven Cemetery, Bedford St., Burlington at 1 p.m.  Relatives & friends respectfully invited to attend.  In lieu of flowers memorials may be made to a charity of your choice.