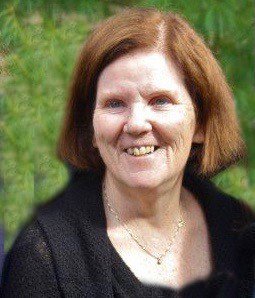 The LINK (above) will bring you to our facebook page (sign in is NOT required) to view the funeral mass.  A live-stream will begin a few minutes before the start of the funeral on Thursday, April 29 at 10 a.m.

Christine Mulcahy MacKay passed away at the Kaplan Family Hospice House on Friday, April 23, 2021.  The beloved wife of the late Donald MacKay Sr., she was 69 years old. She was the daughter of the late Robert T. and Barbara Mulcahy.  Chris was born and raised in Melrose.  She was a graduate of Melrose High School.   Chris spent her entire teaching career in the Malden Public School system.  She started teaching middle school and high school Home Economics and later spent the majority of her career teaching elementary school.    After her retirement, Chris was a substitute teacher at Francis Wyman in Burlington.  Chris, or “Mrs. MacKay”, was passionate about her work as an educator and will be remembered for the impact she had.

Chris would meet her future husband, Donald Sr., while they were working at Malden High School.  They married in 1983 and settled in Don’s family home in Brighton.   Chris was widowed in 1997.  With two young children to raise, she moved out of the city to Burlington.  Chris did it all.  She worked full-time and created a warm and loving home for her two children.   She took Donald and Maggie on a memorable cross country train trip that honored the memory of Donald Sr. and began the next stage of their family.  One of her favorite places to visit was Cape Breton.  It was a place that brought Chris peace, serenity, and joy.   People would describe Chris as caring and nurturing.  Chris was comforted by her faith.  Chris had several interests and hobbies including sewing, plants, reading, quilting, and cooking.

Visiting hours will be held at the Edward V Sullivan Funeral Home, 43 Winn St, BURLINGTON on Wednesday, April 28 from 5-7 p.m.  Funeral procession from the Funeral Home on Thursday, April 29 at 9 a.m.  Followed by a Mass of Christian Burial at St. Malachy Church in St. Veronica Parish, www.stveronicama.org, 99 Bedford St., Burlington at 10 a.m.   Burial will be private.   Relatives and friends are welcomed to view the funeral mass via live stream by going to the link above Chris’s obituary.

Share Your Memory of
Christine
Upload Your Memory View All Memories
Be the first to upload a memory!
Share A Memory