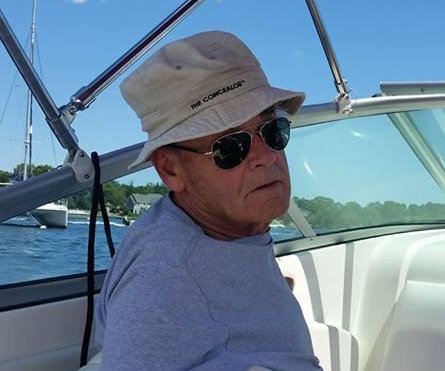 Matthew Paul Justinger, a retired Engineer, passed away at Billerica Crossing on Saturday morning, April 24, 2021.  The beloved husband of the late Diane (Graziano) he was 80 years old.

Matthew was one of 9 children born to the late Matthew and Ursula Justinger.  Matthew was raised and educated in Buffalo, New York.  After High School Matthew served his country during the Vietnam era in the United States Coast Guard.   He served his country from 1960 to 1964.  It was while he was stationed in Rhode Island that he would meet his future wife, Diane Graziano.   They married and moved to Burlington where they would raise their three children.

Matthew had a long career as an Engineer working at Nuclear Metals.   As a family Matthew, Diane and their children enjoyed vacations at Disney, Hampton Beach and Hollywood Beach Florida.   Matthew will be remembered as a quiet and loving man who always put the needs of his family first.

Share Your Memory of
Matthew
Upload Your Memory View All Memories
Be the first to upload a memory!
Share A Memory