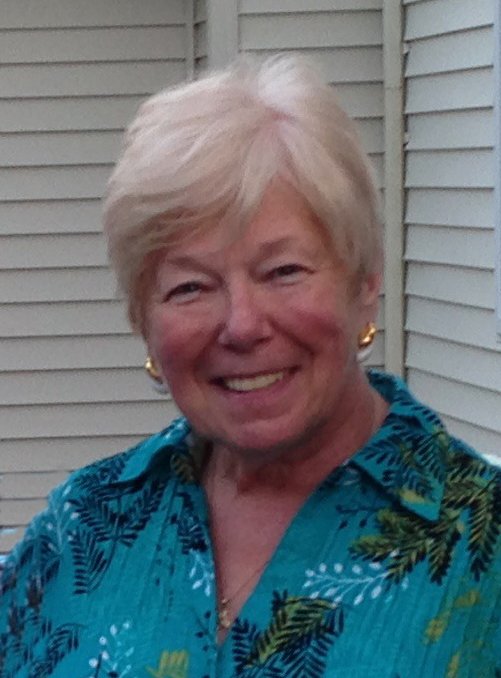 Get Directions
Monday
3
May

Get Directions
Monday
3
May

Click on this link to see a live stream of the funeral mass.

The LINK (above) will bring you to our facebook page (sign in is NOT required) to view the funeral mass.  A live-stream will begin a few minutes before the start of the funeral on Monday, May 3 at 10 a.m.

Regina “Gina” Marie (Doucette) Driscoll, a woman who dedicated her life to others, passed away unexpectedly on Tuesday morning, April 28, 2021.  The beloved wife of the late Raymond F. Driscoll, Gina was 71 years old.

Gina was born in Melrose; she was one of 6 children born to the late Joseph and Bernice Doucette.  She was raised and educated in Malden and a graduate of Girls Catholic High School. Gina and her husband Ray married in 1970.  They lived in Melrose for many years until moving to Burlington in 2013.   Gina had a career in the Banking industry working as a Pension Administrator at The Savings Bank in Wakefield, as well as Progressive Consumers Federal Credit Union in Malden and MassBank in Melrose.  She was a devoted mother to her two children, Danny and Colleen.  Gina was a Team Manager for Dan’s hockey team and always looked forward to her shopping trips with Colleen.

Gina’s husband, Ray, suffered a stroke at the young age of 46.   Through a lot of love and determination, Ray recovered from the stroke and he and Gina devoted much of their energy to raising funds for the American Stroke Association.  They participated in several marathons over the years with friends and family.  The Kona Hawaii marathon was a favorite of theirs and Gina completed that half marathon a couple of times.  Due to their insurmountable contributions, the American Stroke Association and the American Heart Association, developed the Ray & Gina Driscoll Hearts and Minds Award, which since 2012, has been presented annually to an outstanding volunteer whose ongoing, long-term commitment to the organization’s core values has made a lasting impact on their mission and culture.

Gina retired from Banking at an early age so she could spend time with her oldest grandson, Logan. She was a beloved “Nana” and had a close bond with both Logan and Parker.  Gina enjoyed taking Logan to the “red playground” in Melrose and lovingly shared her love of cooking with Parker. They enjoyed one of her specialties, “chicken ala king” and affectionately renamed it “Parker ala king”.  She never missed any of their events and took great pride in everything they did!   As a family they were inseparable, always doing things together whether it was attending a local Halloween parade, the grandchildren’s school events, lunch together, or a family holiday.

Gina loved to travel.  She and Ray had a memorable four-week cruise before his passing in 2014. Some of their favorite places to visit were Australia, Bangkok, Tahiti, Caribbean, Singapore, and Ireland.  She also took trips with St. Malachy’s to destinations such as Greece and Italy.

Gina’s faith was an extremely important part of her life.  The church and the parishioners of St. Malachy’s became like a second family to her.  She was a Eucharist Minister, helped with the Sunday coffee & donuts hour, and attended Friday masses and the breakfast social that followed. Gina also enjoyed cooking meals for the priests on a weekly basis and they loved the variety of soups that she made for them.

Gina’s unexpected death leaves her family and friends with a heavy heart.  Her beloved Sheepadoodle, Sam, will be missing his daily treats. She will be remembered for her warmth, her love of family and a woman who always put the needs of others before her own.   Gina may have been small in stature, only 4’ 9’’, but she left a huge impact on everyone’s life that she touched.

Gina was the beloved wife of the late Raymond F.  Loving mother of Daniel P. Driscoll of Santa Cruz, CA and Colleen P. Hallisey of Woburn.  Mother in-law of Shawn Hallisey of Woburn. Dog Mom to Sam. Proud Nana of Logan & Parker Hallisey.  Sister of Roberta Fowler of Laconia, NH, Betsy McLean of Roanoke, VA, Rhoda Astone of Burlington, Andrea Valletta of Cary, NC and the late Joseph Doucette of Cape Elizabeth, ME. She is also survived by many nieces and nephews.  Visiting hours will be held at the Edward V Sullivan Funeral Home, 43 Winn St., BURLINGTON on Sunday, May 2 from 2-4 p.m.    Funeral from the Funeral Home on Monday, May 3 at 9 a.m.  Followed by a Mass of Christian Burial at St. Malachy Church, in St. Veronica Parish, www.stveronicama.org, 99 Bedford St., Burlington at 10 a.m.   Interment in Massachusetts National Cemetery, in Bourne at 1 p.m.  In lieu of flowers, memorials in Gina’s name may be made to the American Heart Association, 300 5th Ave, Waltham, MA 02451.  www.heart.org

Share Your Memory of
Regina
Upload Your Memory View All Memories
Be the first to upload a memory!
Share A Memory