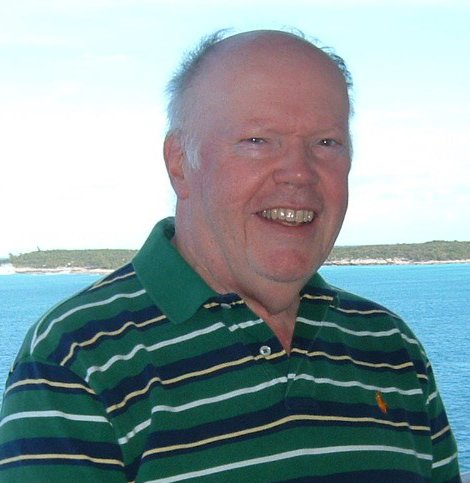 The LINK (above) will bring you to our facebook page (sign in is NOT required) to view the funeral mass.  A live-stream will begin a few minutes before the start of the funeral on Wenesday, May 12th at Noon

David L. Cox passed away at Lahey Hospital & Medical Center on Wednesday evening, May 5, 2021.  The beloved husband of nearly 55 years to Barbara (Burke) Cox, he was 83 years old.

David was born and raised in Aurora Illinois.  He was the son of the late Warren and Alice Cox.  He was a graduate of Marmion Military Academy, a Roman Catholic high school for boys.  David went on to graduate from Marquette University in Milwaukee, Wisconsin with his bachelor’s degree in philosophy and English.  He received his MBA from the Wharton School of the University of Pennsylvania.

David was a proud veteran of the United States Navy.  He served four years active duty, followed by several years in the reserves.  He served on the USS Myles C. FoxDD/DDR-829 and the USS Irex Submarine SS-482.  During a weekend leave, while stationed in Philadelphia, he made a visit to nearby Atlantic City.  On that visit that David met his future wife, Bridget “Barbara” Burke.  They married in 1966, had three sons, and a wonderful life together.  They spent their first year in Illinois, before moving to Beacon, New York for three years.  David’s job as Financial Controller would bring their family to Massachusetts in 1971, where they would settle in Burlington.  He would go on to have a long and distinguished career with Sanders Associates, which later became a part of Lockheed Martin.  He was Regional Manager for Corporate Internal Audit.  Among his many professional accomplishments, he notably passed the CPA exam on his first sitting in 1976.  He retired in 2002, after 28 years with the company.

David’s faith was an important part of his life.  He was a longtime and active parishioner of St. Margaret’s in Burlington, as well as a member of the Parrish Financial Council.  David was also a member of the Knights of Columbus.  David enjoyed spending time with family, golfing, and traveling.  Summer vacations, when his sons were young, included visits to family in Illinois and the Boardwalk at Atlantic City.  In later years, he and Barbara would take trips throughout the world, visiting such destinations as Italy, Ireland, Hong Kong, Russia, Hawaii and Alaska. David also loved to cruise with his wife, having taken transatlantic crossings and countless Caribbean cruises.  David was a wonderful and supportive father to his three sons.  In later years he was proud to become a grandfather and great grandfather.  He would eagerly attend games, graduations ceremonies, and other celebrations, many of which were held out of state or even country.  David was anxiously awaiting the birth of his second great grandchild who will be born this June.  With his naturally positive and inquisitive personality, David could strike up a conversation with anyone and was always genuinely interested in hearing what was going on in their lives. He will be remembered for his witty personality and always having a smile on his face.

Visiting hours will be held at the Edward V Sullivan Funeral Home, 43 Winn St., BURLINGTON on Tuesday, May 11 from 5-7 p.m.  Funeral from the Funeral Home on Wednesday, May 12 at 11 a.m.  Followed by a Mass of Christian Burial at St. Margaret’s Church in St. Veronica Parish,  www.stveronicama.org, 111 Winn St., Burlington at Noon.  The Funeral Mass will also be live streamed and can be viewed by going to the link above the obituary.  Services will conclude with burial in Chestnut Hill Cemetery, Burlington.  In lieu of flowers memorials in David’s name may be made to St. Margaret’s Church, 111 Winn St., Burlington, MA 01803.