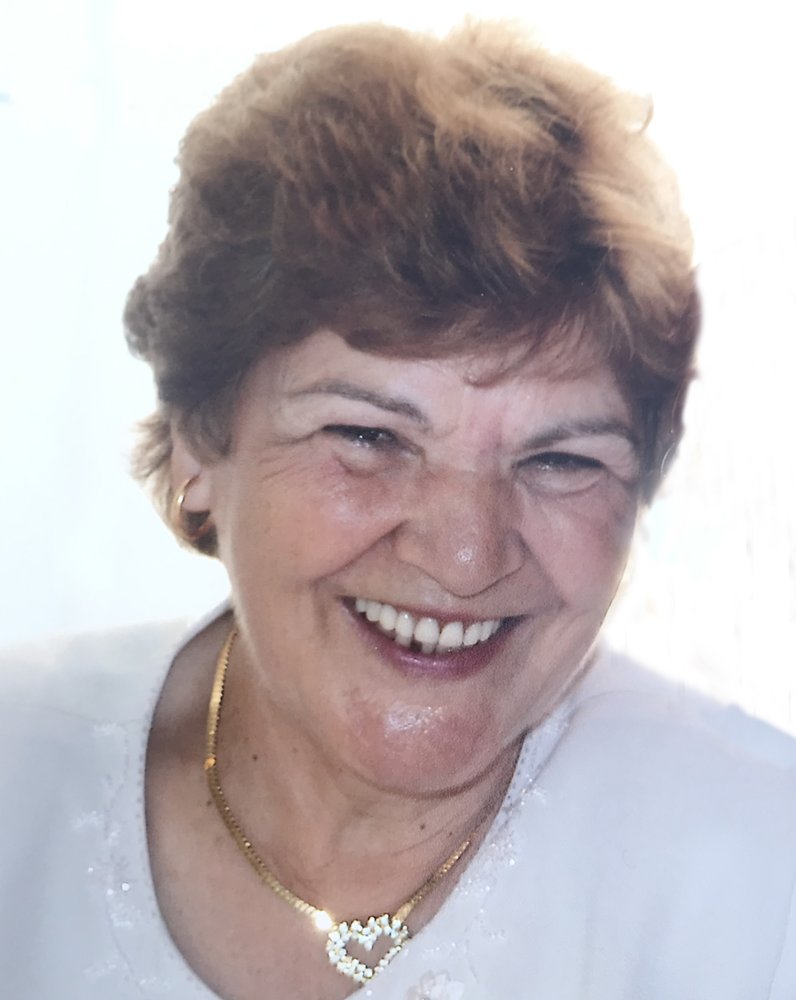 Get Directions
Thursday
20
May

Get Directions
Thursday
20
May

This link will bring you to a live stream of the Funeral Mass.

Maria J. (Vieira) Abreu, a woman of family and faith, passed away at her home with her loving family by her side, on Sunday morning, May 16, 2021.  The beloved wife of Albert Abreu, she was 88 years old.

Maria was born and raised in Madeira Portugal. She was one of six children born to the late Joseph and Candida Vieira.  Maria and Albert married while living in Portugal.   In 1966 they made the decision to join other family members living in the United States and made the move to Woburn with their five children.  Her first job was at Hood Ice Cream where she worked for three years.  Then Maria worked at Data Com in Burlington for over 18 years retiring in 2006.  During their retirement years Maria and Albert became “snowbirds” and would spend their winters in the warm and tropical climate on Madeira Island.  It was also a time when they could catch up with lifelong family and friends still living on the Island.

Maria’s greatest joy in live was being a wife, mother, grandmother, great grandmother, and homemaker.   She was a wonderful cook, and Portuguese recipes were her specialty.  Sunday morning family breakfasts were a tradition in the Abreu household and the more family members that were there the happier Maria would be.  She was a meticulous housekeeper and host.  Her family celebrations were always filled with food and love!      Maria enjoyed a good game of cards, dominos, and rummy cube.   She was a longtime member of the Portuguese American Recreation Club in Woburn where she could stay connected to the Portuguese community and her roots.   Maria was a devout catholic and her faith was an important part of her life.   Maria will be remembered for her laughter, her beautiful smile, and her love of her family.

Maria was the beloved wife of Albert.  She was the loving mother of Isalina Carreiro & her husband Jorge of Woburn, Mary Jo Papenmeier & her husband Wayne of Branchville, NJ, Lucinda Pereira & her husband Joseph, John & his wife Paula, Nelia Barboza & her late husband Joe, all of Woburn.  Sister of Avelino Vieira of Portugal and the late Jaime Vieira, Jose Vieira, Gabriel Vieira & Maria Olinda Gomes.  Also survived by 16 grandchildren and 13+ great grandchildren.  Visiting hours will be held at the Edward V Sullivan Funeral Home, 43 Winn St., BURLINGTON on Wednesday, May 19 from 4-7 p.m.  Funeral from the Funeral Home on Thursday, May 20 at 9 a.m.  Followed by a Mass of Christian Burial at St. Margaret’s Church in St. Veronica Parish www.stveronicama.org,   111 Winn St., Burlington at 10 a.m.  Services will conclude with burial in Woodbrook Cemetery, Woburn.  In lieu of flowers memorials in Maria’s name may be made to St. Jude Children’s Research Hospital, 501 St. Jude Place, Memphis, TN 38105  www.stjude.org

Share Your Memory of
Maria
Upload Your Memory View All Memories
Be the first to upload a memory!
Share A Memory