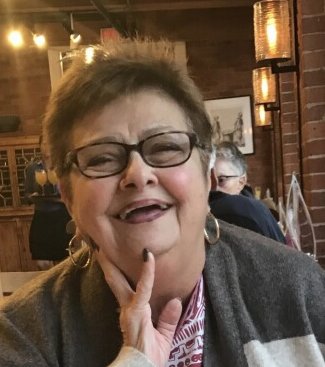 Gail Ann Harrington, 77, of Burlington, passed away unexpectedly on Wednesday evening, May 26.  She was the devoted wife of Joseph L. Harrington, Jr.

Raised in Everett, she was the daughter of the late Joseph, and the late Marie Theresa (Fiorino) DeAngelis.  As a young lady, Gail had a talent for drawing and artwork.  She also participated in the color guard at the Immaculate Conception Church in Everett, which is also where she married her husband, Joe, on June 17, 1967.

Gail was a devoted and loving mother, always putting her family first. She loved hosting celebrations and family get-togethers, gathering all those around her. Gail had a passion for cooking, and would prepare for days cooking cookies, her famous gingerbread houses, and feasts for holidays and celebrations.

Gail loved spending time in Maine, especially in Ogunquit at the beach. Most of all, she devoted her life to her family.

Funeral from the Edward V. Sullivan Funeral Home, 43 Winn St., Burlington on Wednesday, June 2 at 9:00 am, followed by a Mass of Christian Burial in St. Barbara’s Church, 138 Cambridge Rd., Woburn at 10:00 am.  Visiting hours Tuesday, June 1 from 4-8 pm.    Burial will be at the Chestnut Hill Cemetery, Burlington.  The family is requesting that guests wear masks at the visitation at the funeral home and the funeral mass

Share Your Memory of
Gail
Upload Your Memory View All Memories
Be the first to upload a memory!