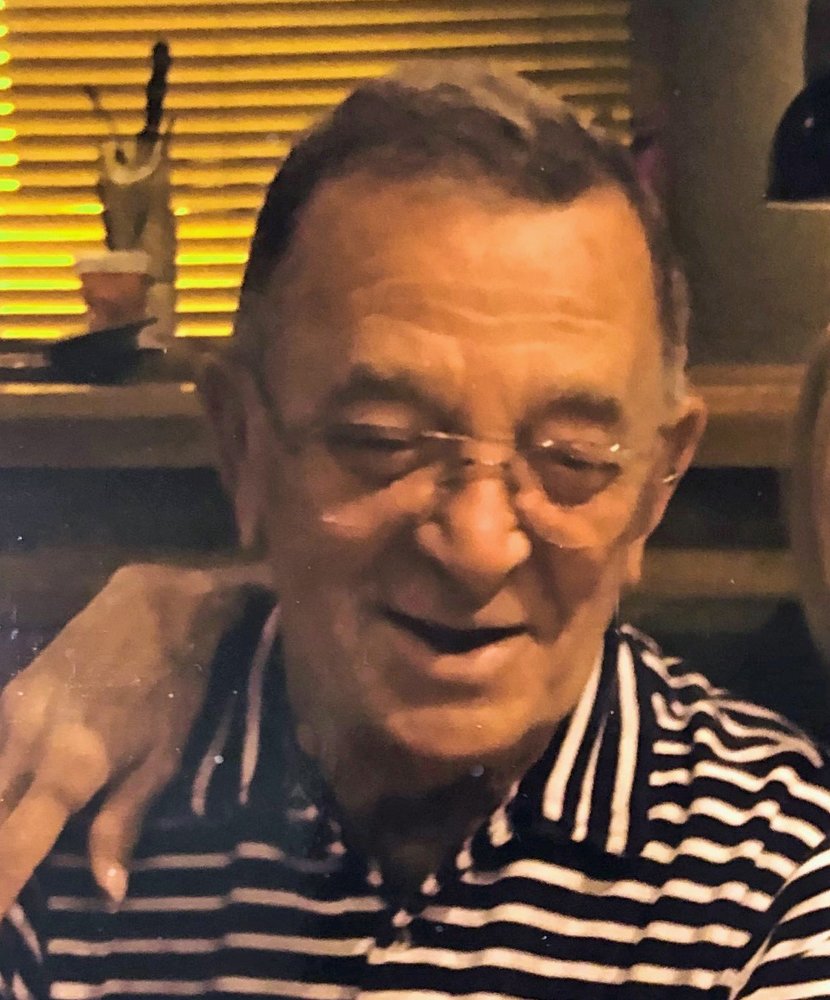 Francis M. Giaquinto, passed away after a short illness on June 8, 2021, just over a year after the passing of his beloved wife Valerie.  He was 88 years old.

Francis was born in and raised in Brooklyn, New York.  He was one of those interesting success stories, rising from nothing to eventually become CFO of a large Wall Street firm.

After high school, Francis enlisted in the Air Force in April of 1951, and served until April of 1955.  He held the rank of Staff Sergeant, was a Korean War Veteran and the recipient of the National Defense Service Medal and Good Conduct Medal.  His civilian career started as a taxi driver in New York City.  He then took a clerk’s position in the brokerage firm of Mabon, Nugent & CO.  He had great mathematical skills, a natural business sense, and fantastic problem-solving abilities which were quickly recognized and appreciated in the firm.  His rise up the ladder was amazing.  He eventually became their Chief Financial Officer and a Partner.

His success did come with some sacrifices including a heart attack at the age of 38 and long hours in the city.  So, at the age of 48, feeling that he had worked and saved enough, he retired.  He was able to spend more time with his family and pursue other passions, particularly horse racing.  He owned several horses and raced them at the tracks in the New York area.  He loved being part of the excitement at the track, getting to know fellow owners, trainers, and jockeys. Long after giving up his horses, he continued following all the local, national, and even international race venues keeping track of his favorite horses and jockeys and testing his experience and knowledge.

Francis was a man that enjoyed people and time with his family.  He was a natural extrovert and could hold a conversation with anyone, any age, and about almost any topic.  He enjoyed the numerous years he and his wife spent living in Jupiter, Florida.  They loved the warm weather, going out to eat, playing golf and bridge, and the sound of the ocean.  He was totally devoted to his beloved wife Valerie.  He often told the story of how they met while he was in the Air Force and stationed in England.  She was the prettiest girl he had ever seen, and he immediately knew he would marry her.

They had a wonderful life together until Valerie passed away in Florida in April of 2020. After her passing, he came to Massachusetts to live with his daughter Suzanne during the past year.  It was a blessing that he was not alone after his loss and during COVID, but with his family.  He was a wonderful role model to his children and a delightful grandfather to his grandchildren.

Francis was the adoring husband of 65 years of Valerie (Hampton) Giaquinto.  He was the proud father of Frances Carabes & her husband Brian of North Andover, Suzanne Krieger of Tewksbury, and Charles Giaquinto and his fiancée’ Emerita Maglalay of Oregon.  He was the loving grandfather of Alexandra, Christina, & Brian Carabes and John & Joanna Krieger.  He was predeceased by his siblings; Julie Palone, Michael, Ralph, and Charles Giaquinto.  He was also survived by many nieces, nephews, and friends.

At Francis’s request, there were no funeral services.  Memorials in his name may be made to St. Jude Children’s Research Hospital, 501 St. Jude Place, Memphis, TN  38105 or www.stjude.org.