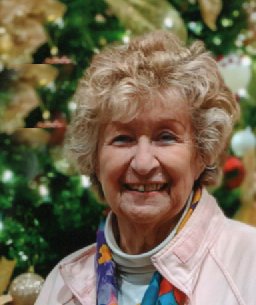 Elsie M. (Mainiero-Cipoletta) Blaum, passed away at her home with her family by her side, following a brief illness, on Tuesday evening, June 15, 2021. The beloved wife of the late Edward Blaum she was 88 years old.

Elsie was born, raised, and educated in East Boston. She was the daughter of Italian immigrants the late Michael and Carmella Mainiero.  Elsie would settle in Burlington with her husband James Cipoletta in 1957 where they would raise her four children.

Elsie worked as a receptionist for Lahey Clinic for over 25 years.  She worked at the original hospital located in the Kenmore Square section of Boston.  Elsie was instrumental in helping bring Lahey to Burlington in 1980. She hosted coffee hours at her home and encouraged residents and politicians within the town to come and hear about the advantages of having a hospital in the community they lived in.   She continued to work at Lahey until her retirement.

Elsie’s family was the center of her life.  When her children where young they enjoyed vacationing at the family cottage in Popponesset on Cape Cod.  She was a self-reliant woman who worked hard to provide for her family.  She didn’t think twice about working two jobs, while her children where young, and at the same time providing them with a warm and wonderful home.  Thursday nights were “girls’ night” at Elsie’s home.  A tradition that started with her three daughters and continued to grow with the birth of her granddaughters and great granddaughters.    She was so happy to see her children have a wonderful childhood, grow into adulthood, and have families of their own.   Elsie was affectionately known as “Grammie Cippa” by her grandchildren and great grandchildren.  They were an important part of her life and brought her immense joy.   Her dogs were a big part of her life and her heart.  She always had a dog by her side and treated them just like they were her children.

In 1987 Elsie would meet, Edward Blaum.  They married in 1995 and Ed filled her life with adventure and excitement. They travelled the world together taking cruises, trips to Saratoga, Las Vegas, and many other destinations.  They spent their winters together in Cape Coral, Florida.   Elsie was always on the go.  She enjoyed playing bingo with her friends and taking trips to Saratoga with Ed and in later years with her daughters.  She had her daily trips to Town Grocery where she would play keno and socialize with the other customers.  With her bubbly and happy personality, Elsie would make friendships wherever she went.

Elsie was the beloved wife of the late Edward.  She was the loving mother of Paul Cipoletta & his wife Julia of Chepachet, RI, Diane Oliver of Tewksbury, Carol Collier & her husband Greg of Billerica and Lisa Bradanick & her husband Rick of Salem, NH.   Proud grandmother of David Cipoletta, Heather Oliver, Amy Comeau, Deena Geary, Gregory Collier, and Zachary & Alex Bradanick.   Great grandmother of Cal, Avery, Paisley, Gracie, Brett, Wes, Troy & Braydan.   Sister of the late Rita Tedescucci.  Visiting hours will be held at the Edward V Sullivan Funeral Home, 43 Winn St., Burlington on Friday, June 18 from 5-8 p.m.  Funeral Services will be held at the Funeral Home on Saturday, June 19 at 10 a.m.  Relatives and friends respectfully invited to attend. Burial to follow in Chestnut Hill Cemetery.   In lieu of flowers memorials in Elsie’s name may be made to Hope for Paws, 8960 West Olympic Blvd. #525, Los Angeles, CA 90211.

Share Your Memory of
Elsie
Upload Your Memory View All Memories
Be the first to upload a memory!