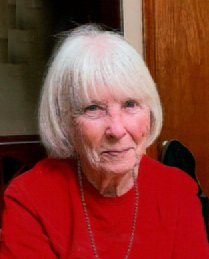 Valija “Wally” Strazdins passed away at Adviniacare in Wilmington on Wednesday morning, June 16, 2021.  She was 89 years old.

Valija was born and raised in Riga the capital of Latvia, a beautiful town set on the Baltic Sea on the mouth of the River Daugava.  As a child Wally experienced firsthand the terrors of World War II as Nazi Germany occupied Latvia. Left with nothing her family moved to Germany where they were placed in camps. After World War II her family came to America where there were more opportunities.  They settled in Boston.  Wally would meet her future husband John, also from Latvia, at a social where people from Latvia gathered.    They married, lived in Boston for a period before setting in Burlington in 1961 where they would raise their two sons.

Wally loved children and doted on her two sons when they were growing up.  Adoring children as she did, Wally worked as a Nanny for a family in Lexington for many years. Wally loved her home in Burlington. It was the perfect neighborhood to raise a family.   As a family they enjoyed spending time at their second home at Pine River Pond in Wakefield, New Hampshire.   She enjoyed spending time at the Burlington Senior Center and participated in many of their activities.  Wally enjoyed going to the concerts, aerobics and just visiting the center to see her many friends.    Her greatest joy was her family. She was blessed to see the birth of her four grandchildren and her two great grandchildren.   Wally will be remembered for her warmth, her kindness, and her love of her family.

Wally was the beloved wife of the late John.  She was the loving mother of Andrew Strazdins & his partner Paula Gilligan of Burlington and the late Edgar John Strazdins.  Proud grandmother of Jennifer Hodges & her husband Michael of NJ, Catherine Gibbon & her husband Michael of Woburn, Erik Strazdins & his partner Ashley Wilton of Lowell and Andrea Resendes & her husband Dan of Wilmington.  Great grandmother of Aubree & Mason Resendes.  Sister of Monika Shirrmeister, Voldemars Ruza, Janis Ruza and Andrejs Ruza. Funeral Services will be held at the Edward V Sullivan Funeral Home, 43 Winn St., BURLINGTON on Monday, June 21 at 6 p.m.  Visiting hours will be held prior to the service from 4-6 p.m.  Burial will be private.  In lieu of flowers memorials in Wally’s name will be made to St Jude Hospital, 501 St. Jude Place, Memphis, TN 38105

Share Your Memory of
Valija
Upload Your Memory View All Memories
Be the first to upload a memory!