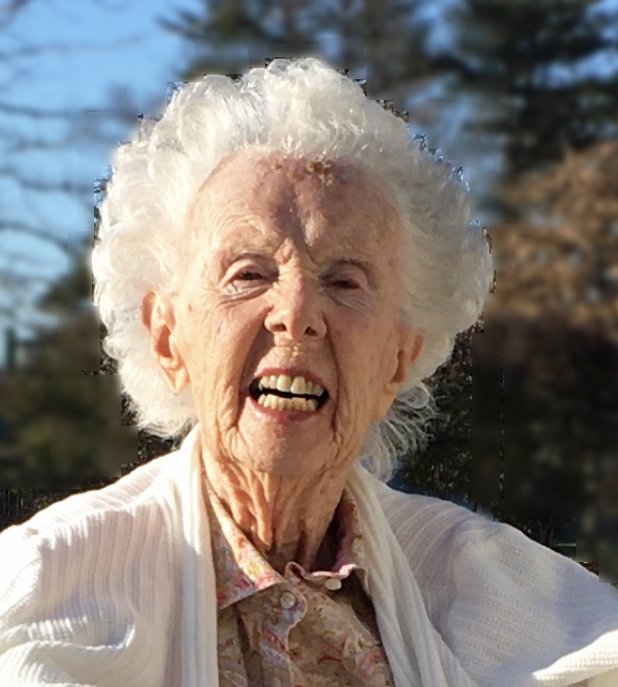 Mary Leonard Murray, a woman with a deep Catholic Faith and devotion to her family, passed away June 28, 2021 after a brief illness.  She was 99 years old.  Mary grew up in Dorchester and graduated from Girl’s Latin High School in Boston.  She went on to earn a Bachelor Degree at Emmanuel College in Boston, a Master’s Degree from Massachusetts Institute of Technology, and many years later, a Master’s Degree from Boston University.  She met her future husband Christopher Murray, Jr. at a dance at the Boat House on the Charles River. Until her marriage in 1950, she worked as Director of Public Health for Middlesex County focusing on tuberculosis.

Mary stopped working after marriage and devoted all her attention to raising her five children with strong foundations of faith, work ethic and education.  She created a warm and loving home for her family.  What was important to her family, became important to her.  She was active in the parish school, became an avid sailor, learned to ski, and in retirement, took up golf with her husband.  She and her husband raised their family in Needham.  She reentered the work force in her 50’s, and taught science for 10 years at Matignon High School in Cambridge.  Mary and Chris remained in Needham into their 70’s, and split their later retirement years between Chelmsford and Naples Florida.  She had resided at Stonebridge Assisted Living in Burlington for the past few years.

Mary was an incredible role model to her children.  She made it clear that God came first in her life, followed by her husband and children.  Mary didn’t just preach her faith; she practiced her faith every day.  She was extremely active at St. Bartholomew Church in Needham.  She served on the parish council and was involved in numerous groups and activities within the church.  She was a Girl Scout and Cub Scout leader, a CYO teacher, and a frequent volunteer in the community.  She was the primary caretaker for her mother and her in-laws in their later years.  Mary was a remarkable woman who inspired her family members and friends by how she lived her life every day.