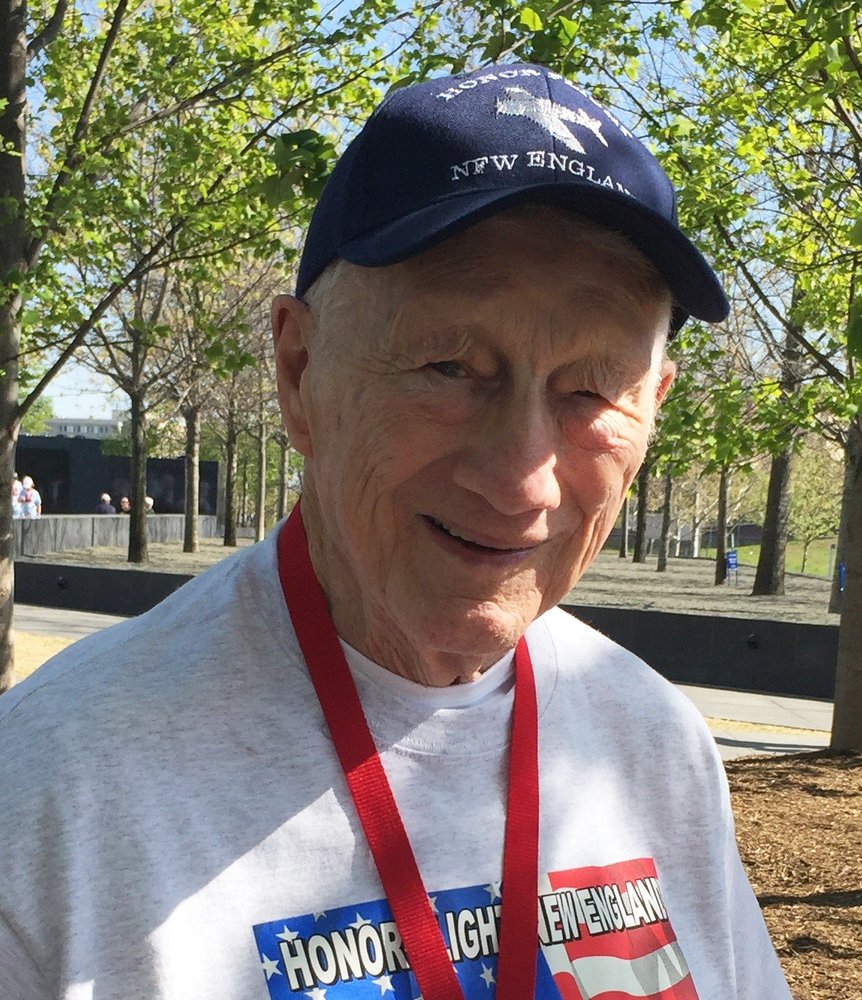 Henry T. Gorman, Jr., a retired accountant and avid sailor, passed away after an short illness at the Sawtelle Family Hospice House in Reading on Monday morning, July 12, 2021.  He was 95 years old.  Henry was born in Boston, the son of Henry and Teresa Gorman.  He grew up in West Roxbury and was a graduate of Boston English High School.  A month after turning 18, he enlisted in the Navy to serve his country during World War II.  He held the rank of Sonarman Second Class and served on the USS Gosselin, a high-speed Transport vessel newly commissioned in 1944.  His role on the ship was combing the sonar in search of enemy submarines. The USS Gosselin was part of the Third Fleet in the Pacific and accompanied the battleships, USS Missouri, USS Iowa, and HMS Duke of York that first entered Tokyo Bay on August 27, 1945, to begin the official occupation and assist in the surrender ceremonies on September 2, 1945.  The Gosselin returned from Japan to the United States with P.O.W.s held by the Japanese.  Henry was the recipient of the WW II Victory Medal, Asiatic Pacific Medal with 1 Star, and the American Area Medal.

After finishing his military services in 1946, Henry returned to west Roxbury and went to Burdett College where he earned his degree in accounting.  He went to work at Raytheon then at Sylvania which became GTE for 16 years as a cost analyst working on contract negotiations with the government.  He retired at the age of 62.

Henry married Dorothy “Dottie” (Mullin) in 1953 and they settled in Burlington in 1957.  They had 5 children whom they adored.  Sadly in 1971 Dottie passed, and Henry was left raising 5 children ranging in age of 7 to 17.  He did his best as a single parent and family provider keeping the ship on course and family outlook positive.  He was fortunate to meet and later marry Mary Ellen (Connolly).  He blessed to have loved 2 beautiful and caring women during his lifetime.

Henry was a man of faith and adventure.  He has been a parishioner at St. Margaret’s Church for 6 decades.  He was a regular at Sunday mass and taught CCD for many years.  He was a past member of the Knights of Columbus in west Roxbury.  He played softball on a team made up of his neighbors and friends for many years.  He was an avid sailor.  He and his wife Mary Ellen owned a 22-foot catboat named the “Black Rose”.  It was not the fastest boat, bet very seaworthy vessel. They were members of the Old Colony Yacht Club.  Henry never did anything halfheartedly.  So, he took his coast guard boating education classes, became well versed on seamanship, navigation, and earned his pilot’s license. The couple would spend the summers sailing as far south as New Jersey and as far North as Arcadia National Park in Maine stopping all along the East Coast at harbors meeting fellow mariners, exploring the towns, and creating a lifetime of memories and stories.  When Mary Ellen’s health declined, the gave up boating and traveled the world.  Again, not just a week’s vacations, but in Henry style sometimes as long as 5 weeks with an extensive itinerary, filled with historical sites and numerous countries all over Europe to as far as the Soviet Union.  The travelled for 5 years until Mary Ellen’s passing in 2007.  As a father, he taught his children to be thinkers, self-reliant, God has a plan for everyone, and follow your dreams but in a well-planned out manner.  He will forever be remembered as a man of faith, the rock of his family, and a man who loved his family.

Henry was the beloved husband of the late Dorothy (Mullin) and Mary Ellen (Connolly). He was the loving father of Henry Gorman, III & his wife Lynne of Milford, NH, Judith Gorman & her spouse Mary Hogarty of Dedham, Nancy Gorman of Lynn, Michael Gorman of Dedham, and Marybeth O’Neil of Methuen. He was predeceased by his siblings, James Gorman and Mary McNabb. He was the proud grandfather of Michael Ellis, Lauren Naugle, Robert Ellis, Patrick O,Neil, Anthony Votano, and Nicholas O’Neil. Great grandfather of 5.

Share Your Memory of
Henry
Upload Your Memory View All Memories
Be the first to upload a memory!