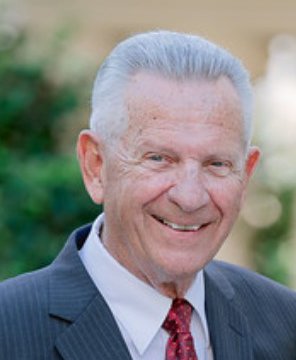 Robert McAuliffe was known by many names. Robert, Bob, BobbyMack, Dad and Pa. He was a son, brother, uncle, college graduate, soldier, businessman, world traveler, professor, friend, neighbor, president, and CEO. However, the names he was most proud of were husband, father, grandfather, and great-grandfather. Bob was born and grew up in Somerville, MA, the son of Daniel and Mary McAuliffe. He earned his bachelor’s degree from Boston University and his master’s degree from Northeastern University. Upon completing his undergraduate work, Bob fulfilled his military commitment by joining the Army where he became a Military Police Officer, following in his policeman father’s footsteps. Some of his time in the Army was spent in the South Pacific where he guarded atomic weapons. Upon leaving the Army, Bob began his business career. He started as a customer service manager at GenRad where he worked for 28 years.  After leaving GenRad, Bob worked for BTI/Kokusai where he was the President and CEO.  Bob was also a senior lecturer at Northeastern University teaching business and marketing for over 25 years.

Bob treasured his family. His happiest days involved the large family gatherings with his wife Claire, his four children, their spouses, eight grandchildren and three great-grandchildren and extended family members. Bob would take the time to talk to all present, listening to the events in their lives, offering advice and support and would usually entertain with a silly “Pa Joke” or two. Bob worked hard over the years to provide a rich and wonderful life for his wife and children. There were many family trips to Cape Cod, Florida, California, Bermuda and Ireland. In their later years, Bob and Claire enjoyed taking cruises with their large circle of Florida friends.

Bob’s greatest love was his wife, Claire. They had been a couple since meeting over 70 years ago in junior high school and recently celebrated 61 years of marriage. Bob left an indelible impression upon his family. He was the patriarch, the leader, the mentor, and a fountain of knowledge. He was a strong, intelligent, caring, and loving man who was deeply loved and will be sorely missed.

Bob was the beloved husband of Claire (Lavey). Loving father of Edward McAuliffe and his wife Kathleen of Billerica, Julie Caswell and her husband Scott of Groton, Ellen Smith and her husband Brian of Amesbury, and Diane Considine and her husband John of Southern Pines, NC. Brother of the late Helen Donovan and Francis McAuliffe. Proud grandfather of Marissa Caswell Vukaj & Logan Caswell, Aislinn Smith Giangregorio & Conor Smith, Keegan & Brenna McAuliffe, and Paul & Laura Considine. Great grandfather to Peyton and Declan Smith, and Rowan Giangregorio. A Mass of Christan Burial will be celebrated at St. Margaret’s Church in St. Veronica Parish, www.stveronica.org, 111 Winn Street, Burlington on July 21, 2021 at 10 a.m. Services will conclude with an interment in Pine Haven Cemetery, Burlington. In lieu of flowers, donations maybe made in Bob’s name to the Tunnel to Towers Foundation, https://t2t.org, which supports military and first responders who suffered severe injuries in the line of duty.