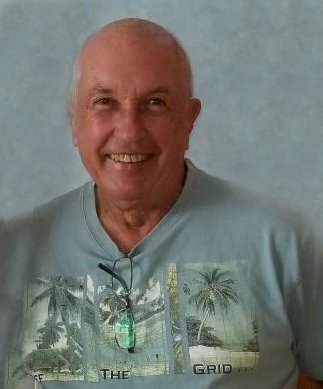 Donald M. Flanders passed away peacefully at his home, with his family by his side on Saturday morning, August 7, 2021.  The beloved husband of Karen (Scalley) he was 75 years old.

Don was born in Lynn on March 19, 1946.  He was preceded in death by his Mother and Father, Clarence and Ann Flanders as well as his brother Robert Flanders.  He attended Lynn Elementary schools and graduated from Lynn English in 1964.  He attended Northeast Institute of Industrial Technology in Boston and continued courses at Northeastern University.

Don was an adventurous boy and loved nature and the ocean from a very young age. He would spend hours investigating Lynn Woods, Lynn Beach, 40 steps and would walk endlessly exploring the streets of Lynn to see what might be around the next corner.

Don was the devoted and loving husband to his wife Karen of 30 years.   He deeply loved and was so proud of his children and especially his grandchildren.  Don single handedly raised his three children by himself for 12 years, working two jobs, juggling their sports, helping them with homework and showing them much of the world on their many trips.  When he married Karen, he then became a Dad to her three children truly treating them as his own.  As an added blessing, a grandson whom he named was raised by him like a son over the next 8 years until his Mom married.  Don had so much love in his heart and was always there for all of us.

Don truly loved life and enjoyed every minute of it.  For 42 years he was a boat enthusiast and loved traveling all over the North Shore and beyond.  Most summer days you could find he and his wife at Misery Island on his beloved Salt Crystal.   Boating brought about a certain peace and true happiness for Don.  He also worked hard to obtain his Captain’s license in November of 2012. He loved to travel with his wife, and they took many ocean cruises to the Caribbean as well as a honeymoon in Italy, California, Florida and many road trips to Maine and New Hampshire.

Don was extremely talented.  He was an accomplished artist, painting over 100 paintings during his lifetime. He loved wood working and created many tables, lamps, wine racks, and anything a grandchild requested.  He even built his own garage and three season porch in Burlington from the ground up.  He loved to renovate and create a masterpiece.  As soon as the snow started to fly, Don would be out snowplowing his own driveway as well as many of the neighbor’s driveways even before they got out of bed.  He was a remarkable man and he was and loved by everyone he met.  Don would make himself available at any time to help a family member or friend.

Don worked as a Software Quality Assurance Manager for most of his career.  He worked at Honeywell, Schlumberger and retired from MIT.  He also had a side business for many years as a Printed Circuit Board Designer and was sought after by many as he had a very rare talent in designing those boards.  In addition to Don’s many talents, he was extremely well versed in History, Geography and almost any other subject there was.  He was so knowledgeable in so many areas.

Don and his wife Karen moved to Beverly in 2015.  He always wanted to live on the North Shore and it was the perfect time to do so.  He referred to our home on 53 Hillcrest Ave as his “dream” home and the area as a “little slice of heaven.”  He was so proud of our home and would give a tour to anyone who wanted one showing them his art work, wood working and beautiful yard with the many statues he so lovingly placed around the yard.  He felt a great deal of pride about where he lived, and he was so very happy living in Beverly.

Don is survived by his wife Karen, his six children, Wendy and her husband Michael Walsh from Boxford, Adam and his wife Brooke Flanders from Sarasota, Florida, Craig and his wife Ashleigh from North Myrtle Beach, South Carolina, David Richardson of North Chelmsford, Daniel Richardson of Woodland Hills, California and Melissa and her husband Jack Walthall of Burlington.  He is further survived by his 9 grandchildren, Sydney and Justin Walsh, Beau and Liv Flanders, Brooklynn and Carter Richardson, Brad, Jake and Shea Walthall.  He also leaves behind many nieces and nephews and all of Karen’s family who loved him dearly.

Visiting hours will be held at the Edward V Sullivan Funeral Home, 43 Winn St., BURLINGTON on Wednesday, Aug. 11 from 3-6 p.m.  Funeral Services and burial will be private.  In lieu of flowers, donations can be made to St. Jude’s Children’s Research Hospital, 501 St. Jude Place, Memphis, TN 38105 www.stjudge.org and Beverly Bootstraps 198 Rantoul St in Beverly, MA 01915 www.beverlybootstraps.org.  Don always felt strongly about donating to these organizations.