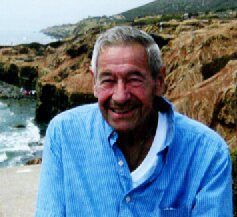 Clicking on the above link will bring you to the Funeral Service on Friday at 12:30 PM

Marco Nardone, a retired Chef at the Newton Marriott, passed away at the Life Care Center in Stoneham on August 19th.  He was 85 years old.  Marco was born in Atina, a small town in the province of Frosinone, Lazio in central Italy.   He was the son of the late Joseph and Lucy Nardone.  Atina was an enemy strongpoint for many months during World War II and experienced heavy combat.  Marco (age 15) along with his mom and his two sisters, fled Italy.  They came to the United States and settled in Waltham.  Marco helped provide for his family left school at just 15 years old and worked full-time.  He met his future wife, Joan Flynn, at her place of employment while making a delivery. They married in 1960, lived in Newton for 25 years, Waltham for 30 years, then finally moved to Burlington.

Marco was a quiet man who worked hard to provide for his family. He had a long and successful career as a chef working at the Newton Marriott for over 30 years.  Everyone always looked forward to tasting Marco’s great cooking at family holidays.    Marco enjoyed the simple things in life; puttering around in his yard and taking great pride in his enormous flower and vegetable gardens.  He was an avid Red Sox fan, and enjoyed playing the accordian. His family enjoyed trips to New Hampshire and Maine.  Marco treasured time spent with his wife, children and grandchildren who brought so much joy to his life.

Marco was the beloved husband of Joan B. (Flynn).  He was the loving father of Debra Pepper & her husband Charles of Waltham, Mark Nardone & his wife Debra of Holliston, and the late Dede Nardone.  Marco was the proud grandfather of Katie Nardone of SC, Kristen Nardone of AZ, Amanda Nardone of Holliston, Chucky Pepper of Waltham and Nicole Pepper of FL.  Brother of Delia Pagnani of Waltham and the late Maria Riscolo.  Funeral Services will be held at the Edward V. Sullivan Funeral Home, 43 Winn St., BURLINGTON on Friday, August 27th at 12:30pm.  Burial will be private.

Share Your Memory of
Marco
Upload Your Memory View All Memories
Be the first to upload a memory!
Share A Memory