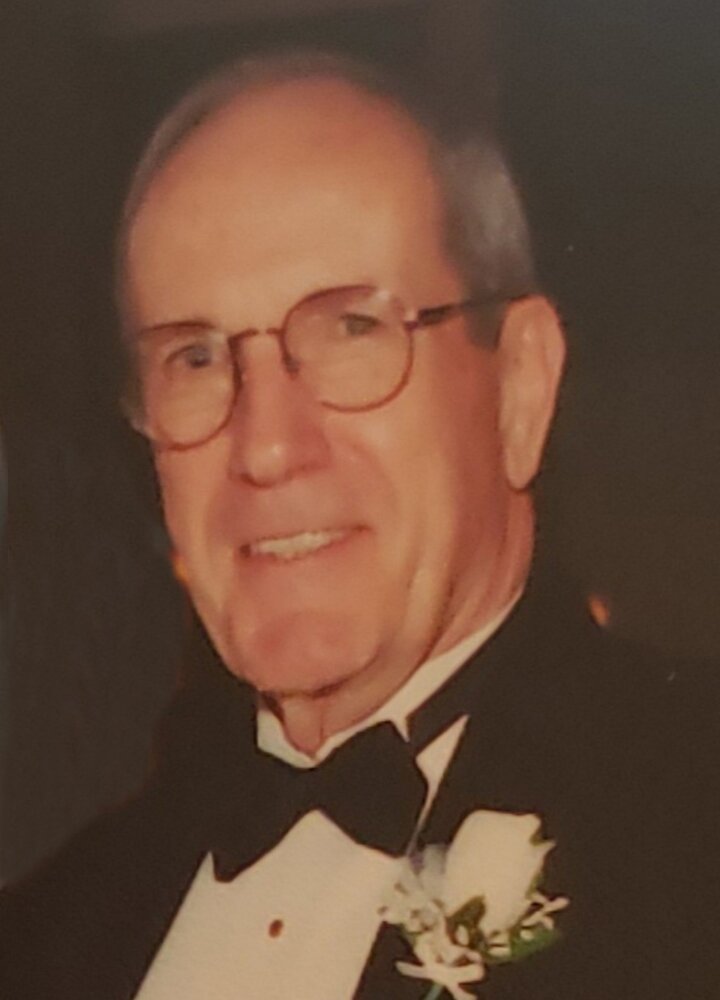 Robert F. Horgan, co-founder of AllTel Systems, Inc. based out of Burlington, passed away at his home on Tuesday, September 14, 2021.  The beloved husband of Virginia C. (Millos) Horgan. He was 91 years old.

Bob was born in Brockton. He was the son of the late Francis & Jessie Horgan.  He was raised and educated in Somerville.  Bob was a talented artist so after high school he enrolled at the Mass College of Art in Boston.  In 1951, he was drafted to serve his country in the Army during the Korean War.   Bob served from 1951 to 1953 and he achieved the rank of Corporal.  Bob was very proud of his service to his country.  He was a lifetime member of Post 19 American Legion in Somerville where he held the position of Recording Secretary.

After returning home from the service, he would reconnect with Ginny Millos, who he had known since first grade. They married in 1955 and moved to Burlington in 1963 where they would raise their two daughters.

Bob had a successful career at Lucent Technologies for over 35 years.  At the age of 59, he made the bold move to leave Lucent and start AllTel Systems, Inc. with his partners. He provided his customers, which consisted of banks, nursing homes and high-tech companies, with telecommunications and information systems support.  He retired at the age of 74.

Bob and his wife Ginny had a wonderful life together.  They enjoyed taking their annual summer vacations, with their two daughters, to West Dennis on Cape Cod.  During their retirement years Bob and Ginny traveled throughout the United States.

Bob had many interests and hobbies. He was a handy man and could fix most anything.  In his younger years, in addition to painting, he enjoyed playing the drums.  He was very involved in the Somerville Drum and Bugle Corp.  Bob was an avid Boston sports fan and enjoyed watching all the local teams.  Bob was very proud of his Irish heritage, which was very rich in European and American history. He had a great sense of humor, had a scrappy personality, and loved to tell stories.  Bob will be remembered for being a kind and generous man whose greatest joy was his family.

Bob was the beloved husband of Virginia C. (Millos).  He was the loving father of Diane Carey & her husband Donald of Norfolk and Tracey Bissell & her husband Todd of Nashua, NH. Proud grandfather of Jaclyn Lamonakis & her husband Matt and Kevin Carey.  Brother of the late Marjorie Cleverly and Geraldine Coleman.  Bob is also survived by many loving nieces and nephews.  Funeral Services will be private.  In lieu of flowers, a donation in Bob’s name may be made to the Lustgarten Foundation, Pancreatic Cancer Research, 415 Crossways Park Drive, Suite D, Woodbury, NY 11797.  www. lustgarten.org